The X Factor: Simon Cowell to return in 2014 - BBC Newsbeat

The X Factor: Simon Cowell to return in 2014 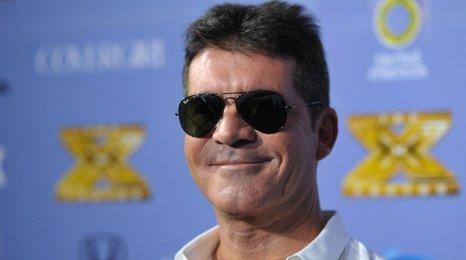 Simon Cowell is to return to The X Factor for the new series in 2014, it has been announced.

The record label boss will lead the judging panel when the show returns for its 11th series in the autumn.

In a statement, he said: "It's been three years since I last judged the competition and I'm excited to find a global superstar."

He continued: "The UK X Factor has set the benchmark in finding worldwide superstars over the years - including One Direction, Leona Lewis, Cher Lloyd, Olly Murs , JLS and Little Mix."

Peter Fincham, ITV's director of television, said: "It's fantastic news that Simon is returning to The X Factor. We are all very much looking forward to him re-joining the judging panel later this year."

Despite all the rumours, ITV and the producers have not decided on the rest of the judging panel quite yet. You'll just have to wait and see
Simon Cowell

It was recently announced that The X Factor had been renewed for another three years, keeping it on television until 2016.

Cowell quit the UK panel in order to establish the series in the US, but audiences numbers there have not been as high as he hoped.

Viewing figures for recent series have fallen and it has been beaten by BBC rival entertainment show Strictly Come Dancing, where once it was way ahead.

Cowell said fans will have to "wait and see" who joins him on the judging panel.