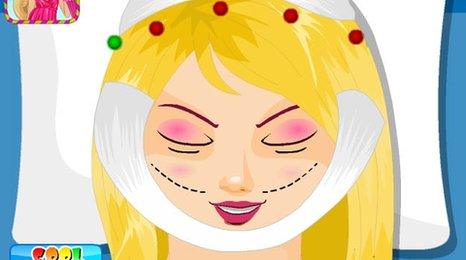 Apple and Google have removed games from their app stores in which users performed cosmetic surgery.

Plastic Surgery for Barbie is no longer available on the App Store and Google Play has taken down its version, known only as Plastic Surgery.

The free game, which was labelled as suitable for children aged nine and over, involved making incisions with a scalpel and performing liposuction.

The description on Google described the overweight girl in the game as "ugly".

After performing a variety of procedures on the girl, she is revealed as a much thinner version of her former self and users can compare her body before and after the surgery. 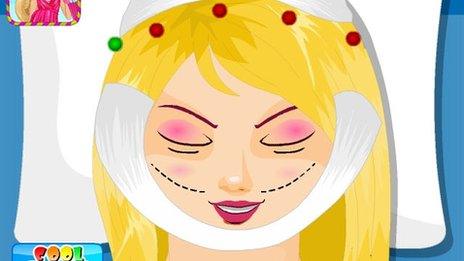 The graphics and premise are almost identical, although the app still available is listed as being suitable for people aged 12 and over.

He said: "This app blatantly and shamelessly uses child-friendly brand names [such as Barbie] to target young, vulnerable children and exposes them to sexist and disturbing rhetoric as the 'game' critiques the body of a cartoon character who does not conform to an unrealistic beauty standard. 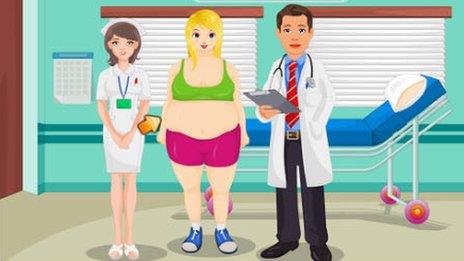 "Even more shockingly, the app then encourages children to utilise surgery - going so far as to include images of syringes, scalpels and liposuction cannulas - to 'fix' the patient, who is described as an 'unfortunate girl'.

"That Apple or Google could condone this disgraceful app as a game suitable for children is no less than sickening.

"This app should not be available because it is not 'socially responsible'."

Mattel, which produces the children's doll and owns the Barbie brand, had already distanced itself from the app.

A statement from the company said: "The Barbie name was recently featured in an application that was not sanctioned by Mattel.

"This app has since been removed from iTunes. At Mattel, we take our commitment to children seriously and work hard to ensure there are no unauthorized uses of our brands that may be unsafe or inappropriate for children."

Google confirmed that it had taken down Plastic Surgery for Barbie.

A spokesman for the company said: "We don't comment on individual apps, but will remove apps that breach our guidelines."