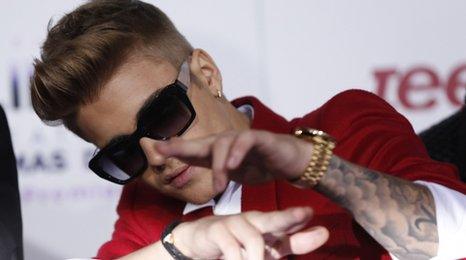 For the second time in a week, Justin Bieber has suggested he's quitting music.

The singer tweeted "My beloved beliebers I'm officially retiring" to his 48 million followers.

But less than an hour later, he posted further messages: "The media talks a lot about me.

"They make a up a lot of lies and want me to fail but I'm never leaving you, being a belieber is a lifestyle.

"Be kind loving to each other, forgive each other as god forgave us through Christ Merry Christmas. IM HERE FOREVER."

The teenager's new documentary Believe has just been released. 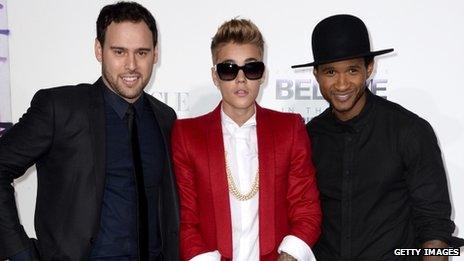 Last week the singer claimed in an interview he had plans to retire from the music industry.

That was later denied by his manager, Scooter Braun, who said the 19-year-old will only be taking a break in 2014.

"He said in the interview that he was kidding two seconds later," said Braun, who discovered Bieber on YouTube.

"Next year he is just taking a break to just make music and relax and take time to himself. It's the first time [he's had a break] since he was 12."

Bieber's manager was speaking at the LA premiere for Believe, and hasn't responded to the latest tweets.

Although the singer himself did not stop to talk to journalists at the premiere, his mentor, the R&B singer Usher, spoke about the 19-year-old's career.

"This was going to be a long-term investment and we are are excited about the entire story," said Usher. "This is just another chapter."

The film features interviews with the singer in which he talks about his music, relationships and what is was like to grow up in the spotlight.

Earlier this month he was revealed to be the most searched-for person online, according to Microsoft Bing.