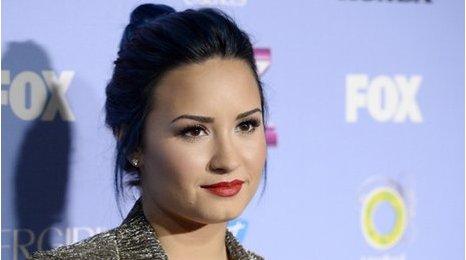 Demi Lovato is quitting as a judge on The X Factor USA to focus on her music career.

The singer confirmed her plans to reporters on the show's red carpet on Wednesday evening.

"I started the show being a singer and a musician, and so I'm going to go back to that," the 21-year-old said.

Being able to sit next to Kelly [Rowland] and Paulina [Rubio] and see them twice a week, and also helping mentor the contestant
Demi Lovato

"It's been really great but I'm so excited for 2014. I'm going to dedicate it completely and entirely to music, touring and making a new album."

She also told The Hollywood Reporter she would most miss her fellow female judges.

She said: "Being able to sit next to Kelly [Rowland] and Paulina [Rubio] and see them twice a week, and also helping mentor the contestants." 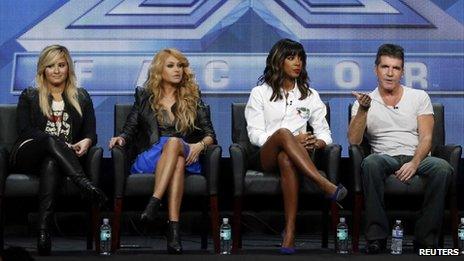 Series creator Simon Cowell added: "I always knew she wasn't coming back because she's touring, so I knew that."

The singer joined the show in 2012 and took part as a judge and mentor for two series.

The former Disney star has featured on TV musical Glee this season and will begin her Neon Lights tour in February. 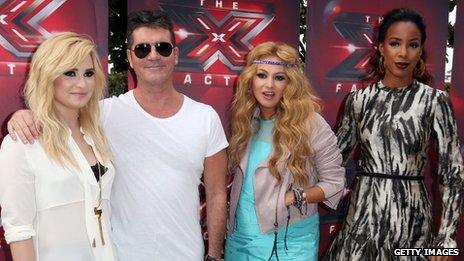 On Monday, Cowell revealed he was planning changes to the format of The X Factor USA.

The series has suffered record low ratings this year, but Cowell told reporters in a teleconference that he expected it to return in 2014.

She and I have had our ups and downs but now consider her a true friend. The door will always be open. And thank you Demi
Simon Cowell

He said the judging panel would change, but declined to comment on who he wanted to recruit.

The music mogul also said he envisioned a "different kind of role" for himself, but gave no specifics.

Speaking on Twitter Cowell said: "To avoid speculation. Because of her [Demi Lovato's] tour next year it was unlikely she could do that and X factor.

"She and I have had our ups and downs but now consider her a true friend. The door will always be open. And thank you Demi. Simon.x

"As to what happens in the new year. Stay posted."

The 2013 winner will be announced on the series finale, broadcast in the US on Thursday night and on ITV2 in the UK this Saturday.