Hundreds of teachers accused of sex with pupils, figures show

At least 959 teachers and school staff have been accused of having a relationship with a pupil in the past five years, the BBC has learned.

In at least 254 cases, there were police charges but it is not clear how many of these led to a prosecution or a conviction.

One charity said it was not surprised but unions say many claims are false.

A Freedom of Information request was sent by Newsbeat to more than 200 local authorities in the UK.

They were asked how many staff were suspended, disciplined, or dismissed after being accused of having some form of sexual relationship with a student.

A total of 137 councils returned figures providing the number of cases they were aware of in state schools between 2008 and 2013.

A further 42 councils said they did not hold the statistics or could not hand them over because of costs or data protection laws.

Many of the authorities that did not have the figures said it was because schools in their area had outsourced HR provisions to private firms.

Councils also have no control over academies, which nowadays make up around 50% of all secondary schools.

Since 2001 it has been illegal for an adult in a position of trust, such as staff in schools and colleges, to have sex with an under-18 they are responsible for, even though the age of consent is 16.

If I said no he would say, well you can't say no, that is like giving a child a toy to play with and then taking it away from them. That is not how it works
Ella
Abused by her teacher

One victim, Ella, says her teacher began to offer her one-to-one lessons when she was 15.

"I had a crush on this guy so I was really flattered by the attention," she said.

She says he kissed her in a classroom and they began to meet outside school: "Very quickly it progressed from a kiss to him starting to want more.

"He would put his hand down my top and then the next time that I would go back, he would try and do it again."

Ella says her teacher forced her to have sex by telling her it was how adults proved they loved each other.

"I said to him I'm not ready, I do not want to, I'm not comfortable, and he just sort of ignored it," she said.

It was only when Ella reached her 20s that she found the confidence to go to police. During an investigation, another victim came forward.

Her teacher was given a 12-year prison sentence after being found guilty of rape, indecent assault and another serious sexual assault.

But both unions say they also have serious concerns about the impact of false accusations. 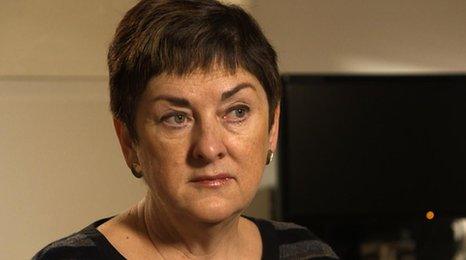 Christine Blower, the general secretary of the NUT, said: "There can be misunderstandings and malicious allegations are made, so it is critical that investigations are carried out quickly with due process."

The general secretary of the Association of Teachers and Lecturers, Dr Mary Bousted, says too often school leaders can panic when a claim of sexual abuse is made.

"Suspension is meant to be a neutral act, but that is not how it is perceived by other staff at the school, and indeed by the pupils," she said.

If a child develops the courage to say something, we have to take it seriously
Donald Findlater
The Lucy Faithfull Foundation

"We've had cases where teachers have been suspended, when a quick investigation would have found that the teacher was not in school on the day of the alleged abuse."

The general secretary of the NASUWT, Chris Keates, says she shares the concerns of the other teaching unions.

She said: "Whilst every allegation must be investigated and action taken where there is found to be a case to answer, it is entirely wrong and irresponsible to present statistics, as commentators do all too often, that imply that abuse by school staff is widespread."

David was falsely accused of groping a number of girls at the school where he was a teacher. He says his school sought to protect its reputation before investigating the claims.

"I was suspended straight away. The school didn't undertake its own investigation, they left the majority to the police," he said.

He was charged and the case went to court, where he was cleared of all six counts against him.

David said: "The complainants themselves provided sufficient evidence for the court to see that there had been collusion between those complainants.

"Financially, I've lost my home, I've been homeless for a while. I have had suicidal thoughts, but the medication I was put on by the doctor eventually took some of them away, and luckily I'm still here."

Even after David was acquitted, his employer sought to dismiss him from his job. He says it has taken him 10 years to get back into teaching.

"There is a massive problem in education of the support in the workplace for the professional. They are lone workers virtually from day one," he said.

"It's very difficult to suggest that there is any solution that is not cost-dependent. They need to put in experienced support for trainee teachers, and they need to improve teacher training, even if they make it two years not one," he added.

Donald Findlater, a child abuse expert with the charity The Lucy Faithfull Foundation, agrees false claims ruin careers, but says research for the Department for Education suggests only 2% of accusations against teachers are malicious.

He said: "If a child develops the courage to say something, we have to take it seriously.

"That does not mean we have to assume it is absolutely true, but we have to take it seriously and investigate it." 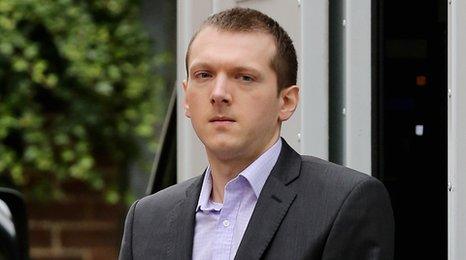 In June last year, Jeremy Forrest, a 30-year-old maths teacher was jailed for more than five years for abducting and having sex with a 15-year-old girl.

Ella says rumours spread around her school at the time she was in a relationship with a teacher but she was never properly questioned.

She says she still finds it difficult to deal with what she went through: "It's had a huge impact on my family, who will never get over it. My parents will never forgive themselves even though I am desperate for them to be able to."

Some names have been changed to protect the identity of individuals.