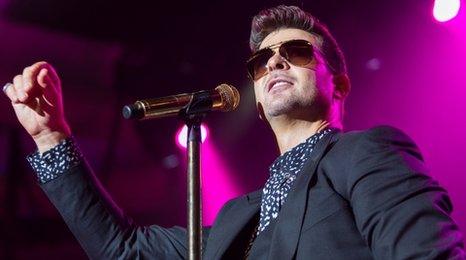 It follows a ban by The University of London Union (ULU) in September.

Critics claim Blurred Lines refers to non-consensual sex in some of the song's lyrics, a suggestion Thicke says is "ridiculous".

The University of London Union was forced to apologise after the track was played by a DJ at a "frat party" after its ban was introduced. 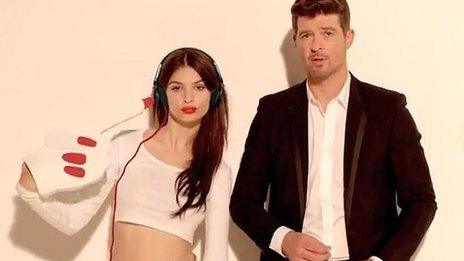 An advert featuring the song and models from the video was also banned from daytime TV by the Advertising Standards Authority (ASA).

Robin Thicke said he believed his single was being banned by people who didn't understand the song, which includes the chorus lines: "I hate these blurred lines, I know you want it" and "must wanna get nasty".

"I don't think people got it out here [in the UK] in those positions of power," he said.

"I think the kids get it. I just have to deal with that.

"I wrote it about my wife [Paula Patton]. She's my good girl.

"And I know she wants it because we've been together for 20 years."