Madonna banned from cinema for texting during film - BBC Newsbeat

Madonna banned from cinema for texting during film 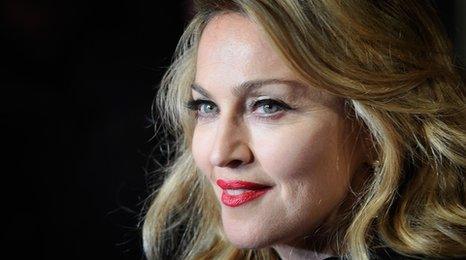 Madonna has been banned from a US cinema chain after being accused of texting during a film.

Attending the New York Film Festival screening of 12 Years a Slave, the 55-year-old was reportedly asked to stop texting by an audience member.

Tim League, CEO of the Alamo Drafthouse chain, tweeted: "Until she apologizes to movie fans, Madonna is banned from watching movies at Alamo."

The Texas-based chain has a strict no talking and no texting policy.

A woman next to me tapped her on the shoulder and told her to put her phone away, and the blonde hissed back, 'It's for business. Enslaver!
Charles Taylor
Film critic

"If you talk or text, you will receive one warning. If it happens again, you will be kicked out without a refund,"

Tim League has since sent a letter to cinema managers instructing them not to let Madonna see a film at a Drafthouse theatre until she apologises.

Indie Wire reports that film critic Charles Taylor, who also attended the screening, said in a post on Facebook: "A woman next to me tapped her on the shoulder and told her to put her phone away, and the blonde hissed back, 'It's for business. Enslaver!'"

Directed by Steve McQueen and starring British actor Chiwetel Ejiofor, 12 Years a Slave is a true story about a free black man kidnapped and sold into slavery.

There's been no response from Madonna or her representatives.