Lord of the Rings props are being sold off at auction 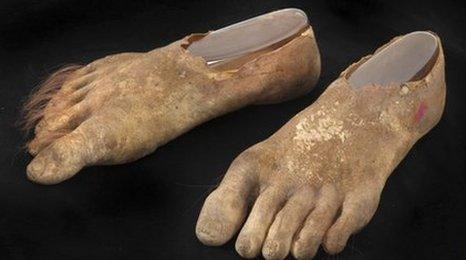 Image caption A pair of prosthetic hairy Hobbit feet, which were worn by Samwise Gamgee

Props from The Lord of the Rings trilogy are going to be sold at auction.

Hobbit feet, fake ears and weapons from the films are among the items that fans will be able to bid for.

Memorabilia from the films, which were directed by Peter Jackson, will go up for sale in California on 5 December.

The first Lord of The Rings film, The Fellowship of the Ring, was released in 2001 with the final instalment, Return of the King, coming out in 2003. 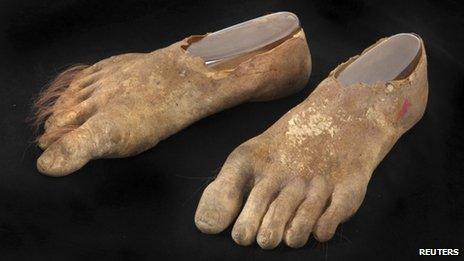 Image caption A pair of prosthetic hairy Hobbit feet, which were worn by Samwise Gamgee

The films are based on novels by British writer J. R. R. Tolkien.

Return of the King made over $1.1 billion (£700 million) at the box office worldwide.

A pair of prosthetic hairy hobbit feet, which were worn by one of the films main characters, Samwise Gamgee, played by Sean Astin are among the props going on sale. 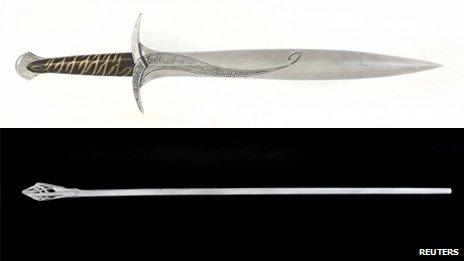 A sword, known as Sting, is also going on sale at Julien's Auctions in Beverly Hills later this year.

It was used by Elijah Wood's character Frodo Baggins in the trilogy.

A staff belonging to Gandalf the White, who is played by Sir Ian McKellen, is also one of the auction items.