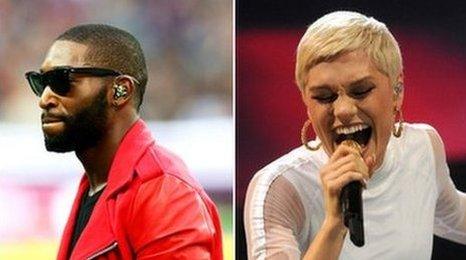 On Sunday's Official Chart Show it was announced that Fall Out Boy, James Arthur and Icona Pop would also play at Wembley Arena on 3 November.

The main focus of the event will be the recognition of three Teen Heroes.

The Teen Hero awards are the heartbeat of our event. They're the reason artists want to perform and celebrities want to give up a day in their calendar
Jocelin Stainer
Editor - BBC Radio 1 and 1Xtra

The Teen Awards, now in their fourth year, celebrate the achievements of inspirational teenagers as well giving awards to stars from the world of music, sport and entertainment.

Speaking on the Radio 1 Breakfast Show, Rita Ora said: "The line-up is great, the music is going to be fantastic.

"I'm so excited. Thank you for asking me to do this, I'm really looking forward to it." 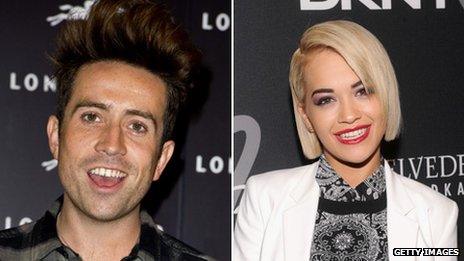 The main focus of the event will see three Teen Heroes gain recognition for acting selflessly, inspiring others or showing courage and bravery.

They have been nominated by Radio 1 listeners and will be chosen by a panel of celebrities, Radio 1 and 1Xtra DJs and experts from youth organisations.

Journalists and charity representatives, as well as the surgery's Aled Haydn Jones and Dr Radha will also discuss who deserves to win one of the three awards.

Jocelin Stainer, editor at Radio 1 and 1Xtra, said: "The Teen Hero awards are the heartbeat of our event.

"They're the reason artists want to perform and celebrities want to give up a day in their calendar. We're looking for three teens that have achieved something truly remarkable."

Tickets for the BBC Radio 1 Teen Awards will be released on Saturday 12 October at 9am. They cost £10 plus booking fee and will be available to 14 to 17-year-olds only.

More information about the event can be found on the Radio 1 website.