Quarter of young British people 'do not trust Muslims' 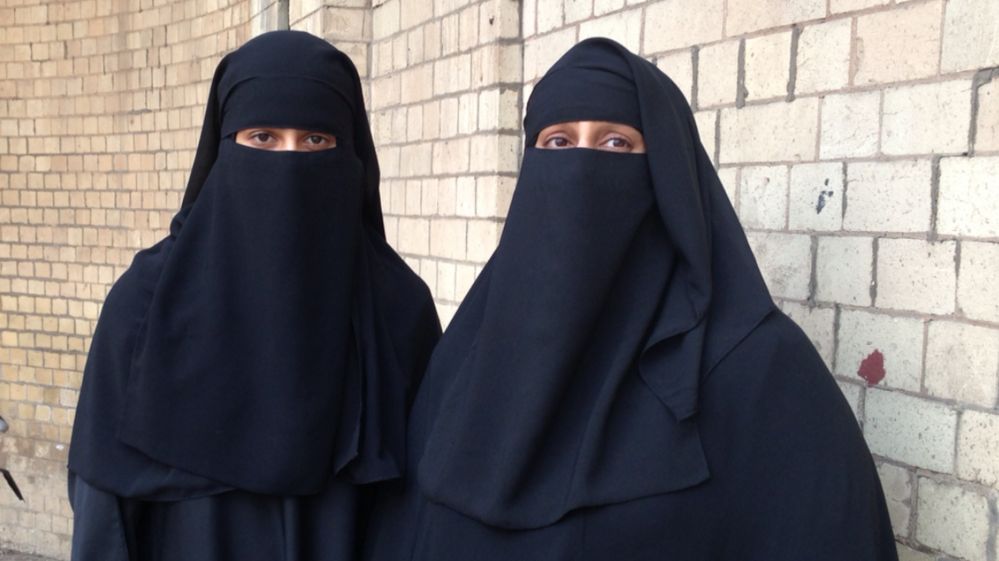 More than a quarter of 18 to 24-year-olds in Britain do not trust Muslims, a BBC Radio 1 Newsbeat poll suggests.

Of the 1,000 young people questioned, 28% said Britain would be better off with fewer Muslims, while 44% said Muslims did not share the same values as the rest of the population.

Some 60% thought the British public had a negative image of Muslims.

Akeela Ahmed, from the Cross-government Working Group on Anti-Muslim Hatred, said: "These findings indicate that we need to ensure young people are mixing at local levels and that they're working on projects together so that people can get to know Muslims and vice versa."

Made up of civil servants, academics, and members of the Islamic community, the group was launched last year and its job is to advise the government on how to tackle prejudice.

Its members said prejudice among young people was particularly worrying because they were thought to be more liberal than older age groups.

Other findings in the Comres survey, conducted in June, include:

Professor Matthew Goodwin, another one of the group's members, said: "Every survey that I have run, and surveys run by my academic colleagues, makes it quite clear that a significant proportion of the British population hold negative views of Islam, and by extension British Muslim communities."

The government group says constant negative media coverage on Islam is shaping people's views. A report submitted to the Leveson inquiry into press standards last year concluded there was "a serious and systemic problem of racist, anti-Muslim reporting within sections of the British media". 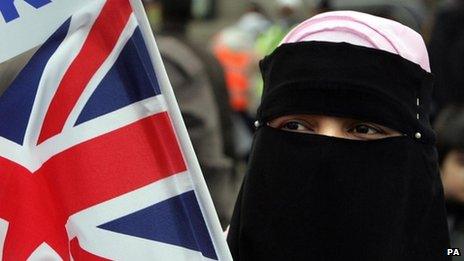 The Unitas Report, which was submitted to the Leveson inquiry, suggests 40-60% of mosques and Islamic centres have been attacked at least once since the attacks on 11 September 2001 that killed almost 3,000 people in New York, the Washington DC area and Pennsylvania.

Figures from the Metropolitan Police released in August suggest there has been a 61% rise in anti-Muslim crime in London over the past year.

There are also claims the killing of Fusilier Lee Rigby in May has fuelled anti-Muslim feelings. The Muslim Council of Britain (MCB) has also said there has been an "unprecedented escalation of violence" since his death.

Anisha Patel, a practising Muslim, wears a black full-face veil and was recently attacked by two men who pulled off her daughter's veil.

"The kind of comments, the kind of looks and stares that we're experiencing at this moment in time is very different to what it was before," she said.

"They've become much more hostile, much more bitter, and much more aggressive in nature. It's actually got to the stage where I'm beginning to feel that I want to stay in my house."

A 20-year-old woman who does not want to be named told Newsbeat she does not trust or like Muslims.

"When you hear about terrorism, more often than not it is Muslims that have carried it out. I just feel they're all out to do that, they're all the same.

"If we went to their country we can't wear shorts and a crop top, yet they come here and cover themselves up. It's almost like they're forcing their religion on to us", she said.

The government says it is also funding a service that records Islamophobic crime and supports victims. But some members of the group do not think ministers are committed to the project, and say that getting a meeting with one is near to impossible.

Yasmin Qureshi, Labour MP for Bolton South East and a Muslim, says the group is just a PR exercise.

"It's a kneejerk reaction. 'Oh something happens and we must do something about it so let's set up a group,' which is not a bad idea, but are they taking on board what the group is saying and implementing what it's saying?" she said.

A Department for Communities and Local Government spokesman said Minister for Faith and Communities Baroness Warsi was fully supportive of the group's work and had attended their last meeting.

"The message from this government is unequivocal - there is no place for anti-Muslim hatred or any kind of hatred in Britain, and we are committed to tackling this unacceptable scourge," he added.