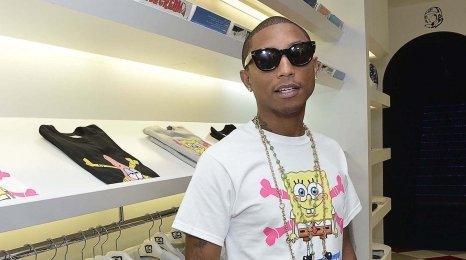 Pharrell Williams has said that new N.E.R.D. material will be released "in the future" but would not confirm when fans can expect it.

"N.E.R.D. is the special thing. You don't just throw that [new music] out there. You take your time and you get it right," he said.

Speaking about his bandmates Sheldon Haley and Chad Hugo, he added: "I'm the luckiest guy in the group. Those guys are super cool."

Nothing, which reached number 83 in the UK album chart, featured the single Hot N Fun with Nelly Furtado.

I'm not one to brag about myself. More than anything else I'm appreciative they knock
Pharrell Williams

"That's the opportunity the people afford us. It's not like we sell all the records in the world," said Williams.

"We cherish that. We don't abuse it by just throwing anything out. 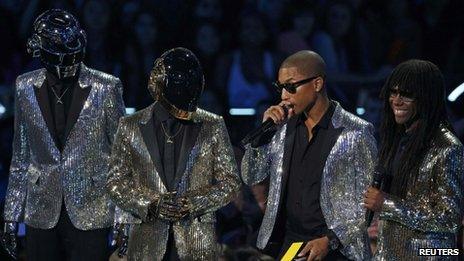 Since then Pharrell has focused on solo material and producing and working with other artists including Kanye West, Justin Timberlake and Daft Punk.

Earlier this year he was nominated for a Grammy for his work on Frank Ocean's Channel Orange album and he is known as a sought-after producer.

"I'm not one to brag about myself. More than anything else I'm appreciative they knock," he said of his recent collaborations.

In July it was announced the rapper had reached one million UK single sales for the second time this year after featuring on Robin Thicke's Blurred Lines.

At the time the only other track to reach the milestone in 2013 was Get Lucky by Daft Punk, on which he also appears.