Are there blurred lines when it comes to copyright? - BBC Newsbeat

Are there blurred lines when it comes to copyright? 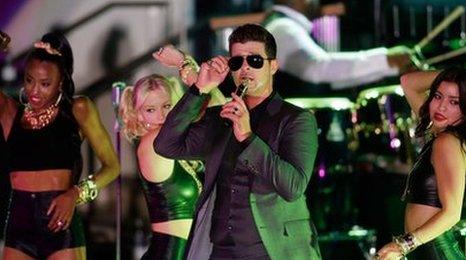 Over the past month, several artists have been accused of copying music.

Robin Thicke is involved in a legal dispute with the family of one of the most successful artists of the 1960s and 70s, Marvin Gaye.

They claim Thicke's number one hit Blurred Lines sounds and feels the same as Gaye's Got To Give it Up.

A track by a Korean guitarist from 2011 has now gone viral with some saying it sounds very similar to Daft Punk's Get Lucky.

"There's songs I hear on the radio and I think woah that sounds like what we've got on the album," says Jessie J.

Her latest song has been compared to Miley Cyrus's track We Can't Stop.

"The lyrics in the Miley (Cyrus) song is "It's our party we can do what we want', mine song is 'it's my party I do what I want' but I'm not hating, if they both work they both work." 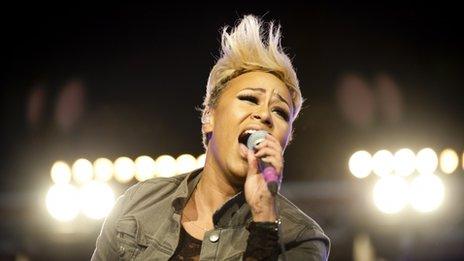 It can happen without a musician being aware of it according to Naughty Boy.

"Sometimes subconsciously you don't even know it, to me that sound is epic, I wouldn't call it a Massive Attack sound but some people would."

Lady Gaga gets accused of copying Madonna's sound and style and more recently Katy Perry was accused by fans of Sara Bareilles of copying a track of hers.

Marcus O'Dair is a lecturer in popular music at Middlesex University and says there are reasons why it appears to be happening more.

"This is just something to do with social media, that in fact there aren't more cases than before they are just more public," he explains.

"Of course there is also the fact that there is a limit to the number of chord sequences and melodies that actually work and connect." 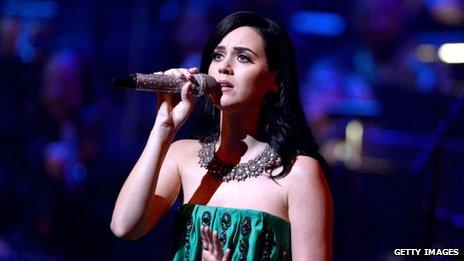 But when does it cross the line from songs in the same genre sounding similar to ending up in a courtroom?

Paddy Gardiner is a music lawyer at Michael Simkins LLP.

"The difference is between styles of music and people being influenced by other artists," he says.

"And then situations where an artist will deliberately or subconsciously take music or lyrics and that's where it can cross the line into a dispute."

There are a variety of outcomes according to Gardiner if the claimant wins.

"Usually it involves money, there can be an injunction, which means the later track can't be used," he explains.

"Also in some cases the writer can be credited on the newer track which can bring in royalties."

Robin Thicke won't be the last artist to be involved in a legal battle over copyright but Naughty Boy thinks artists can help themselves.

"The more brave we are with music, the less likely these will happen because we'll just keep moving it forward."