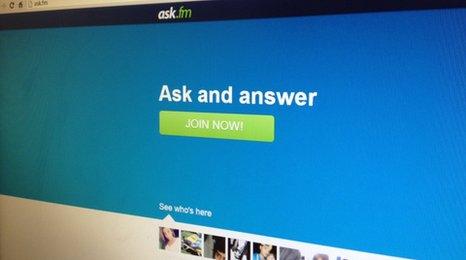 The question-and-answer site ask.fm has been criticised in the last week after teenage girl died having experienced "web bullying" on the site.

Fourteen-year-old Hannah Smith was found hanged last week. Her father Dave Smith says he found messages on her account telling her to die.

The social networking site now says it will help with a police investigation.

Claire from London says she got "horrible" messages while using the site, which left her "really upset".

Ask.fm actively encourages our users and their parents to report any incidences of bullying, either by using the in-site reporting button, or via our contact page
Ask.fm statement

The 15-year-old, who did not want to use her real name, says she was "using ask.fm every day and it was quite fun to be on".

After a while, she started to receive abuse.

"The first time I started getting hate messages someone had written this massive, long paragraph about me, talking about my mum and talking about how I looked and that I wear too much makeup and things like that."

She says people at her school approached her about the posts, as they had also seen what was written.

"After I started getting hate I was just, I've had enough of this and deactivated my [account] because I kept getting upset." 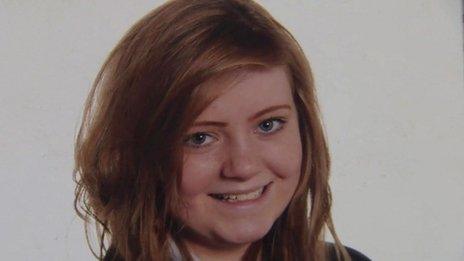 The website, based in Latvia, has passed on their "deepest condolences" to Hannah Smith's family and friends.

In a statement they said: "Ask.fm actively encourages our users and their parents to report any incidences of bullying, either by using the in-site reporting button, or via our contact page.

"All reports are read by our team of moderators to ensure that genuine concerns are heard and acted upon immediately - and we always remove content reported to us that violates our terms of service." 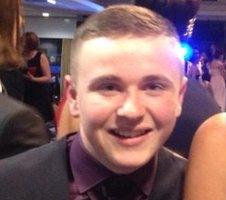 Image caption Kade says he has received abuse about his brother's death on ask.fm

"My brother actually died when I was eight and I've had multiple questions about that, laughing at my brother's death.

"One of them was, 'I bet your brother was in pain for a long time.'"

Kade later found out that some of the messages had been sent by someone he considered to be a close friend.

"I just thought they were [someone] who I could trust but obviously not if they were sending them sort of questions."

Despite this he still uses the site because he likes "replying with sarcastic comments... and making people laugh".

Neither Claire nor Kade know what makes people post abusive messages on ask.fm, or other social media sites.

"I just think how can someone actually bring themselves to write something like that," says Claire.

"I just can't imagine bringing myself to write something like that."