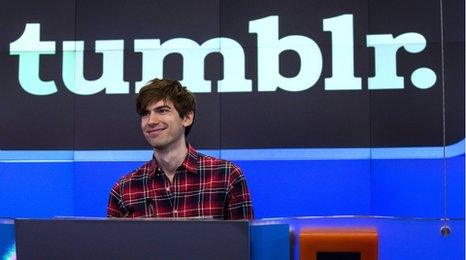 Tumblr says a ban on certain porn-related search terms was introduced "to adhere to the requirements of particular app environments".

The microblogging site began blocking words such as #bisexual and #lesbian on iOS platforms earlier this month.

Chief executive David Karp said tags like #gay were allowing adult material through, which meant the app "was close to being banned" in some stores.

There have been complaints from users over the move, including more than one online petition.

Although the tags are blocked on particular apps, including the version used on Apple's iOS software, users can still see unfiltered search results on tumblr.com, including on their mobile web browser.

There haven't been any recent changes to Tumblr's treatment of NSFW [not safe for work] content, and our view on the topic hasn't changed
David Karp
Tumblr CEO

At the time, Yahoo's chief executive Marissa Mayer said: "We promise not to screw it up. Tumblr is incredibly special and has a great thing going."

Tumblr allows the sharing of explicit pictures as long as they are labelled NSFW [not safe for work]. 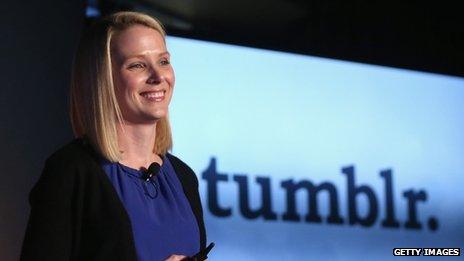 When Yahoo bought the site concerns were raised that the relaxed attitude to pornography would conflict with potential advertisers.

"There haven't been any recent changes to Tumblr's treatment of NSFW content, and our view on the topic hasn't changed," says Karp in a recent blog post.

"Empowering your creative expression is the most important thing in the world to us.

"Making sure people aren't surprised by content they find offensive is also incredibly important and we are always working to put more control in your hands."

Tumblr was founded in February 2007 by David Karp.

Statistics on the microblogging site claim it has 126.7 million blogs, with 86.9m posts each day.