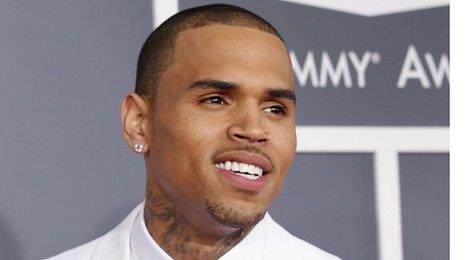 R&B star Chris Brown has been charged with a hit-and-run and driving without a valid licence.

Lawyers for the district attorney's office in Los Angeles say the singer gave false insurance information and refused to hand over his licence after his car hit a Mercedes last month.

Both offences together carry a maximum of one year in jail.

Chris Brown is on five years' probation for attacking his ex-girlfriend Rihanna in 2009.

If a judge rules the charges violate his probation, reports suggest he could face up to four years in jail.

'Be a better person'

The 24-year-old tweeted that he had done nothing wrong and would clear his name.

He wrote: "It's not a hit and run if u get out the car, exchange information (who has NO DAMAGE to either cars). This is really ridiculous.

"I have a valid drivers license and I gave the woman the right info. She saw cameras and wanted to make a scene."

The tweets continued: "She contacted the cops thinking of a payday from Chris Brown when I followed the proper procedures.

"I work my ass off to provide for my entire family. I've made mistakes in the past and have worked hard to be a better person."

Six months ago, it was claimed he was involved in another fight, this time with singer Frank Ocean, over a car parking space outside a Hollywood recording studio.

Police said Brown was under suspicion for punching the victim but the case was dropped after Ocean decided not to press charges.