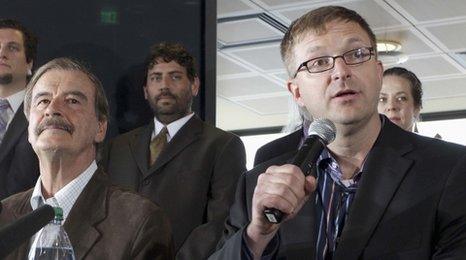 A former Microsoft executive has announced plans to make marijuana a brand in the US.

Jamen Shively says he plans to launch an American chain which is the leader in both recreational and medical cannabis, much like Starbucks is the dominant name in coffee, he said.

"We are planning to build a national and international network of cannabis businesses," he said.

He says he is looking to target both social and medical users of the drug. 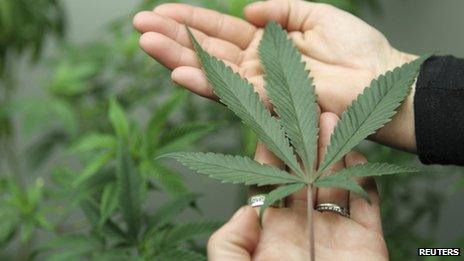 The use, possession and sale of marijuana is still banned under federal law in America.

However, 18 states have legalised use of the drug for certain medical conditions and two states, Washington and Colorado, voted to allow the recreational use of marijuana in 2012.

He's since bought cannabis dispensaries in the two states.

Jamen Shively, who spent six years at Microsoft, says he is looking for $10m (£6.5m) of investment for his company, Diego Pellicer Inc.

He says he is aware that his plans are currently illegal but would start his Seattle-based business by buying medical cannabis dispensaries in three US states that complied with local and state rules.

"If they want to come talk to me, I'll be delighted to meet with them," he said about the possibility of being visited by federal officials.

"I'll tell them everything that we're doing and show them all our books."

Speaking alongside Jamen Shively at a press conference in Seattle was former president of Mexico, Vicente Fox.

He said they hoped to legally import the drug from Mexico.

Plans for Jamen Shively's company also include a study into the use of concentrated cannabis oil in treating cancer and other illnesses.

He originally announced plans for his marijuana chain in December.