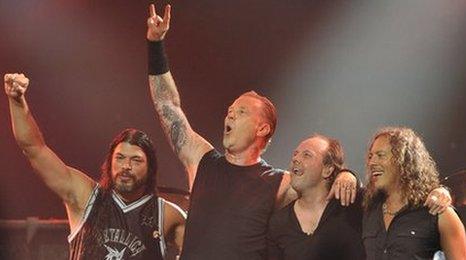 Described as an anti-MTV event by Josh Bernstein, the managing director of Revolver, they are a celebration of metal, punk and rock music.

Josh Bernstein said: "The last time they did a show in an intimate venue this size was 1983, that's really exciting."

Metallica were formed in 1981 in Los Angeles and have made nine studio albums, earning a place in the so-called 'big four' group of thrash bands which also includes Anthrax, Megadeth and Slayer.

Deftones took away album of the year with their album Koi No Yokan. 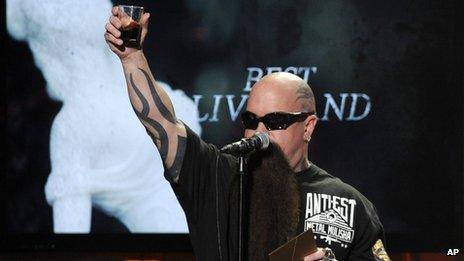 Scott Ian from Anthrax, who was nominated for best live band, said: "I have been at this awards show before as a presenter. I am just happy we get to play.

"Normally at these things we don't get to sit down and just hang out. You are generally backstage working the whole time. But to play, I am totally down for that."

At the awards there are also a host of other categories including most metal athlete.

The Revolver Golden Gods winners were as follows:

Comeback of the year: Tenacious D

Song of the year: Black Veil Brides, In The End

Most dedicated fans: HIM

Album of the year: Deftones, Koi No Yokan