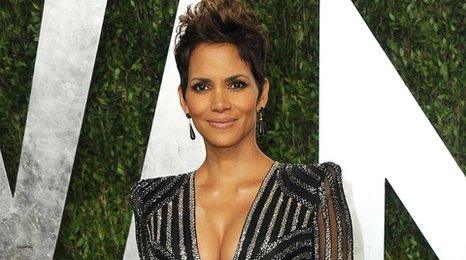 Halle Berry says her pregnancy will not stop her filming the role of Storm in the new X-Men movie.

"One thing is for sure, with another baby on the way mama cannot take time off," said the 46-year-old actress.

The Oscar-winning star was speaking in Rio de Janeiro where she is promoting her latest film, The Call, in which she plays the role of an emergency call attendant.

Halle Berry also revealed that she took four years off for her first pregnancy.

She left a film job in 2011 to fight a custody battle for Nahla, her daughter with Canadian supermodel Gabriel Aubry.

The actress said X-Men: Days of Future Past would be shot "around the bump" and that the script would not be changed. 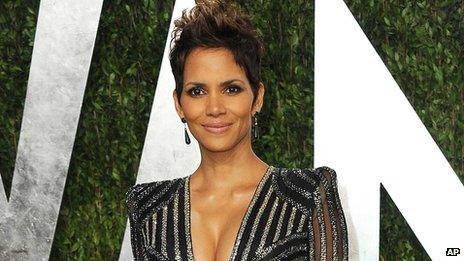 "Storm probably won't be as badass as she was going to be because we won't be able to do any fighting or flying or things like that," she said.

"She'll be different than we originally planned her to be but I still think she'll be an integral part of this new X-Men movie."

Halle Berry, 46, told reporters that an intruder had tried to break into her house a year before shooting her new role as an emergency call attendant.

The role she plays in The Call sees her guiding a young caller away from a serial killer.

X-Men: Days of Future Past is due out next year and will be directed by Bryan Singer.