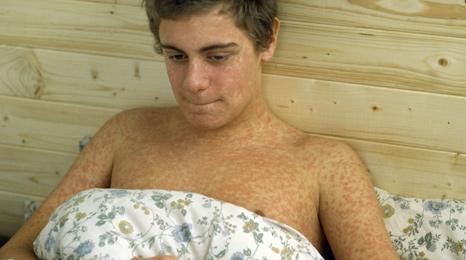 The number of people infected in the Swansea measles outbreak has almost reached the 700-mark.

Teenagers and children are particularly vulnerable.

Public Health Wales said there had been an excellent response to drop-in vaccination clinics at a number of hospitals last weekend.

But it warned that 6,000 children in Swansea have still not had the jab.

Why is this happening now and what are the warning signs to look out for?

What is measles and how is it spread?

Measles is a virus easily spread by getting close to someone who already has the illness.

That could mean touching, kissing or simply breathing the same air. It takes around ten to 14 days from infection until you start to feel ill.

What does it do to you?

That varies from person to person.

To start with measles normally feels like a severe cold with a runny nose, cough and high temperature.

A rash appears a few days later, starting behind the ears and on the face before spreading down the body.

How nasty is it? 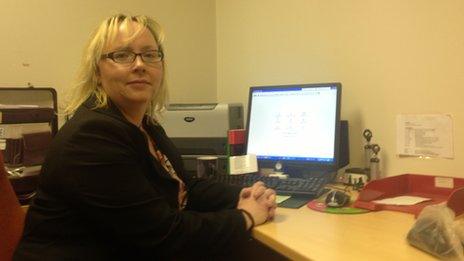 "It's worse than the flu and if you've ever had the flu you'll know how nasty that can be," says Swansea GP Charlotte Jones.

"It normally takes a few weeks until you're feeling yourself again so teenagers catching measles when they are revising for exams risk having that preparation hampered."

How serious can it get?

Around 80% of measles patients bounce back quickly but more serious side effects can and do occur.

These can range from vomiting and diarrhoea to pneumonia, meningitis and inflammation of the brain.

Although very rare, those serious complications can be dangerous and in extreme cases people have died after catching the disease.

Is there any cure?

There is no cure as such but a vaccine will prevent most people from getting measles in the first place.

Babies are now offered an injection which is meant to protect them against measles, mumps and rubella (MMR) in one go.

The vaccine is between 90-99% effective so there is still a small chance you will catch the disease even if you've had the injection.

Why are some teenagers today vulnerable? 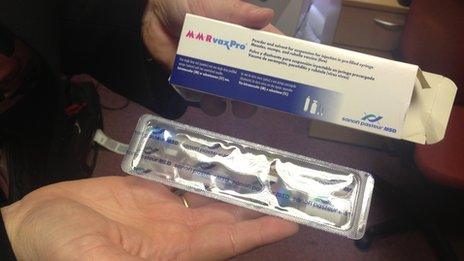 In the 1990s there was a serious health scare over the MMR vaccine.

Research published in a medical journal suggested a possible link between the MMR vaccine and autism.

That research has since been widely discredited but at the time the scare was enough to stop many parents from getting their babies vaccinated.

Those babies have now grown into teenagers who do not have any protection against the disease.