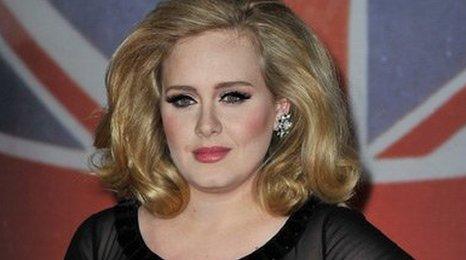 One billion songs have now been downloaded in the UK, according to the Official Charts Company.

The milestone was reached on Monday, almost 10 years after legal downloads were launched.

Adele's Someone Like You is the most downloaded single of all time in the UK, followed by tracks by Maroon 5 and Gotye.

Martin Talbot, Managing Director of the Official Charts Company, said: "The explosion in download sales over the past nine years means we are genuinely now living in the digital music age."

Geoff Taylor, Chief Executive of the BPI, added: "As fans increasingly download music on the move, tablets, smartphones and connected cars will drive another phase in digital music's expansion."

Adele's 21 album is now the fourth-biggest selling album of all time in the UK.

The top 10 most-downloaded songs of all time in the UK are:

3. Gotye ft Kimbra - Somebody I Used To Know