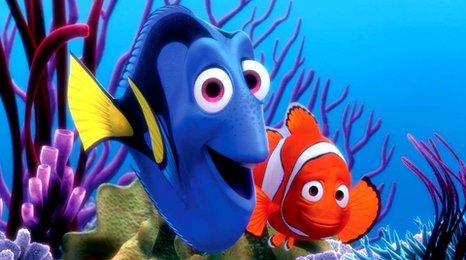 Finding Nemo actor Alexander Gould says it was a "devastating moment" when he realised he could no longer perform the voice of Nemo.

The 19-year-old, who is now studying in Tel Aviv, was seven when he first started working on the movie.

"For a couple of years after the film I would voice the toys for Nemo and there was a point where we figured out that my voice had gotten too deep," explained Alexander.

"I was unable to do the same voice anymore and it was a devastating moment I have to say."

To celebrate its tenth anniversary, Finding Nemo is being re-released in 3D this month.

"It's really crazy," said Alexander. "I loved doing it and it was such an incredible experience.

"It took two years to make and I spent a lot of that time at the Pixar studios in California which was a really great, fun, creative playground of a place."

Pixar's Finding Nemo told the story of an overprotective clownfish, Marlin, whose son was captured by a diver.

It made £555 million when it was released in 2003 and it's the fifth highest-earning animation of all time.

"It didn't really hit me or my family at the time how big a deal the film was," added Alexander.

I loved doing it and it was such an incredible experience.
Alexander Gould
Voice of Nemo

"My friends thought it was really cool and now we understand how important it was."

Last year, director Andrew Stanton confirmed he would return to direct a sequel, marking the latest in a long line of sequels for film studio Pixar.

Alexander says he hasn't been told anything official about a follow-up.

"I have heard the rumours and who knows if I would be a part of it with my voice now.

"It would definitely be a fun experience but I can't say if anything is going on," he said.