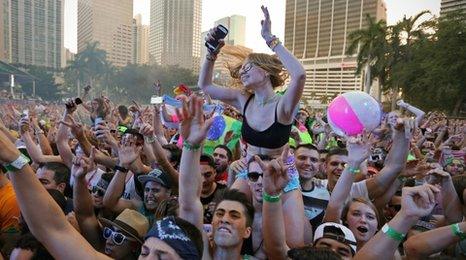 Some music artists are buying social networking statistics to get into the charts, a Newsbeat investigation has found.

There is also a market for buying comments to attribute to the views to help authenticate them.

A data monitoring company based in America says that it has a list of artists who they believe are buying statistics to increase their popularity with record labels and radio bosses.

Next Big Sound says it plans to release the information on which artists are doing it later this year in a report.

Justin Bieber was discovered after clocking up millions of views with his YouTube videos and Conor Maynard was discovered by singer Ne-Yo because of the performances he had posted on the video-sharing website.

Nineteen-year-old Jordan Allen is an unsigned singer/songwriter who lives in Leeds. Newsbeat asked him his opinion on artists buying their social networking statistics in the video above.

On a recent tour in the UK, singer Ne-Yo signed a British singer/songwriter, Sonna Rele, to his Universal Motown Records label after discovering her on YouTube.

Ne-Yo says being active on social networking platforms is important, but having high numbers isn't an issue for him when he's talent searching.

Alex White is the CEO and co-founder of Next Big Sound, which gathers information on daily physical music and online consumption around the world.

He wouldn't name which artists he suspected had been purchasing its data, but said sometimes it was obvious to see that they had.

Martin V is based in Ottawa in Canada and runs a company where people can buy tens of thousands of YouTube views and comments for less than £100.

Twitter says using a company or a computer programme to increase your online activity on Twitter is against its rules.

In a statement it told Newsbeat: "Twitter reserves the right to immediately terminate your account without further notice [if] you violate these rules."

Facebook told Newsbeat that gaining "likes" from people who aren't interested in that page is "no good to anyone".

They advised: "If you run a Facebook page and someone offers you a boost in your fan count in return for money; walk away.

"Not least because it is against our rules and there is a good chance those Likes will be deleted by our automatic systems."

YouTube agreed that purchasing views or any other channel data was against its rules and said if it found out it had been done they could go as far as terminating your account.