Two people a month are being prosecuted for making false allegations of rape and wasting police time, new figures show.

It's the first time details for England and Wales have been compiled, showing how unusual the problem is.

The Crown Prosecution Service (CPS) looked at a period of 17 months finding that in that time 35 people were charged.

Keir Starmer QC, head of the CPS, called the cases "serious but rare". 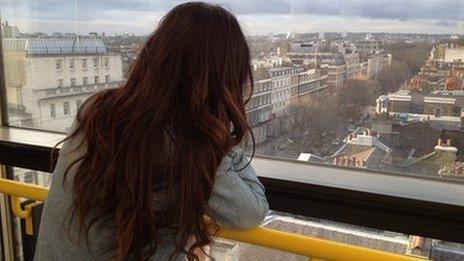 Jason, 21, was accused of raping his ex-girlfriend.

"It was devastating," he said. "I was getting harassed outside of work, harassed in work, it's just terrifying.

"Someone approached me and told me to stay away from my ex or basically he'd come back and finish me off completely. He punched me twice in the face and once in the stomach."

There have been calls to allow those accused of rape to remain anonymous, until they are found guilty but the government has ruled that out.

One was Rosie Dodd, 20, who was jailed for two years after accusing three men of raping her.

Police say she made the claim because she was embarrassed she'd slept with them in one night.

Support groups for men falsely accused say the problem doesn't end when the accusation is proved untrue, as the claim remains on their criminal record until they apply to get it removed - which can take several months.

The Association of Chief Police Officers (Acpo) confirmed that details of an accusation and the fact it was proved to be a lie, would remain on a police record for six years.

However, they say it would not be revealed to anyone doing a background check.

We have a limited number of officers who deal with rape allegations. The real travesty is that there are real victims, who need our help
Supt Helen Chamberlain
Nottinghamshire Police

Dianne Whitfield from Rape Crisis England & Wales says the number of men wrongly accused is small compared to the number of women who are actually being raped.

She believes false allegations aren't as common as people think.

"There is a difference between 'false accusations' and 'not enough evidence'," said Dianne. "False accusations account for only 5% of all reported cases."

Dianne says young women should feel sure their story will be believed when they come forward.

Supt Helen Chamberlain, who leads investigators in Nottinghamshire, says they will always believe the story they are told by a victim, but warns every detail will be investigated.