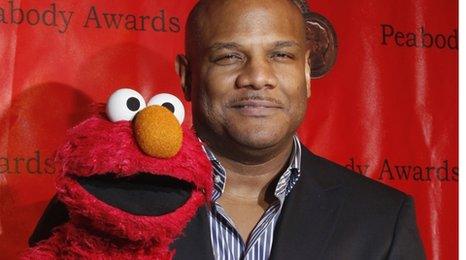 Elmo puppeteer Kevin Clash has resigned from Sesame Street after claims that he had sex with an under-aged boy.

Last week a man accused him of having sex with him when he was a teenager, which he denied.

The next day the man recanted the charge. A lawsuit by a second accuser has been filed, according to US lawyer Cecil Singleton.

Sesame Street says the controversy surrounding his personal life was "a distraction that none of us want".

The character has since become one of Sesame Street's most popular.

Kevin Clash was given a leave of absence from the children's show last week.

A Sesame Street statement said: "Kevin Clash has helped us achieve a mission for 28 years and none of us, especially Kevin, want anything to divert our attention from our focus on serving as a leading educational organisation.

"The controversy surrounding Kevin's personal life has become a distraction that no-one wants, and he has concluded that he can no longer be effective in his job and has resigned from Sesame Street.

"This is a sad day for Sesame Street."

Kevin Clash did not deny the original relationship, but said it happened after the young man was an adult.

"I am relieved that this painful allegation has been put to rest," he said in a statement. "I will not discuss it further."

Mr Clash was the subject of a documentary Being Elmo: A Puppeteer's Journey last year and has also won several Daytime Emmy awards for his work on Sesame Street.