The country singer was named best female act and live act as well as picking up the award for best look.

Canadian singer Bieber was named best male act, pop act and won the world stage award but did not travel to Europe to pick up his prizes.

I am so excited I can't believe you gave me three awards. I'm kind of insecure in general so this is great for my self-confidence
Taylor Swift

The 18-year-old recorded a thank you message for his fans, saying "this is the greatest night ever".

Picking up her best look award for the most stylish act, 22-year-old Swift said: "I am so excited I can't believe you gave me three awards.

"I'm kind of insecure in general so this is great for my self-confidence."

Rihanna failed to win a single award despite being nominated six times.

Alicia Keys picked up a global icon award on behalf of the family of late singer Whitney Houston, who died in February aged 48.

In pictures: See which stars turned out for the MTV European Music awards 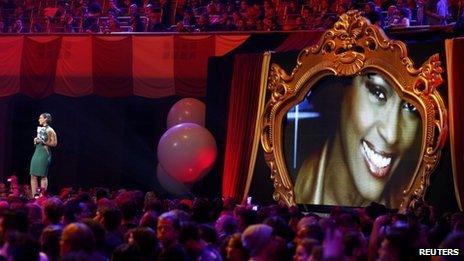 She praised the singer's "incredible ability to captivate and mesmerise us" and told the audience she was her "home girl, my friend".

She also introduced a tribute video to Houston which included messages from One Direction and Lady Gaga.

Canadian singer Carly Rae Jepsen, who performed her number one single Call Me Maybe, was presented with the best song award by reality star Kim Kardashian.

The event in Germany was hosted by model Heidi Klum and had a circus theme with trapeze artists and fire dancers joining the acts on stage.

British singer Rita Ora, who opened the event but failed to win an award, said on Twitter: "Last night was still one of the most fun nights of my life. Thank you MTV for letting me open up the show."

Reformed pop/rock band No Doubt, Muse, Fun and The Killers also performed at the awards as did South Korean pop star Psy. 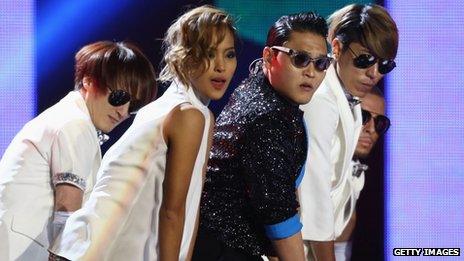 He picked up the best video prize for worldwide hit Gangnam Style.

He thanked his fans and his family for living with "a selfish job with a selfish guy".

There was also a video tribute to Beastie Boy Adam Yauch who died this year, before Taylor Swift closed the show with her track We Are Never Ever Getting Back Together. 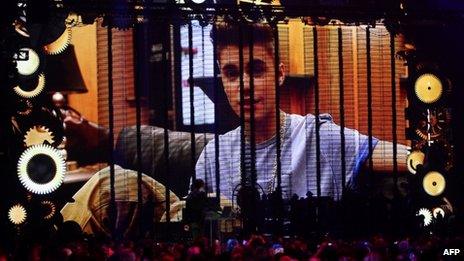