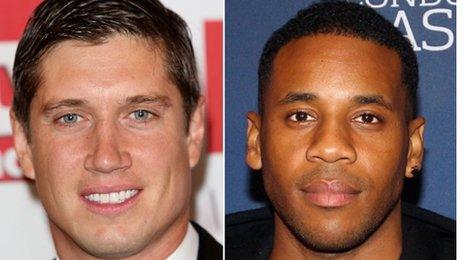 Vernon Kay and Reggie Yates are to leave Radio 1, the station has said.

Radio 1 has been under pressure to lower the age of its audience but bosses said the departures were not related to that strategy.

Both DJs say it was their own decision to go - Vernon to spend more time with his family and Reggie to work on other projects.

Other changes to the weekend schedule will see new shows for existing Radio 1 DJs Jameela Jamil and Matt Edmondson.

Vernon Kay, 38, has been at Radio 1 for more than nine years.

I felt it was the right time to leave
Vernon Kay

"It has been a fabulous experience and I've loved the weekends I have spent with my listeners," said Vernon.

"However, when I was offered a contract extension I thought long and hard, but after 12 years of working weekends with CBBC, T4 and Radio 1 I felt it was the right time to leave."

"It's been a privilege to deliver to the nation the weekly No.1 song," said the 29-year-old. 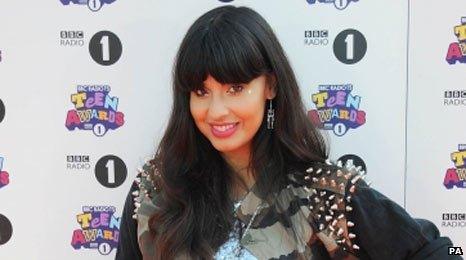 "But after 10 years at Radio 1/1Xtra I am looking forward to focusing on other projects and new challenges."

Both DJs will leave at the end of the year and the schedule changes kick in at the start of January 2013.

She will become its first solo female presenter since the show began as Pick of the Pops in the 1960s.

Jameela, who joined the station earlier this year, will take over the Top 40 count down every Sunday and present the last hour in vision on the Radio 1 website.

Jameela said she was "delighted and honoured" and added: "I'm fully aware that I have big shoes to fill and am so excited to get started."

Other schedule changes see Sara Cox move to weekday mornings from 10am-1pm, to cover for Fearne Cotton while she is on maternity leave.

He said: "I'm excited by our brand new shows, which will appeal to the smartphone generation with our audience able to listen, watch and share Radio 1's great content."