Plan B says the government needs to tackle gang culture 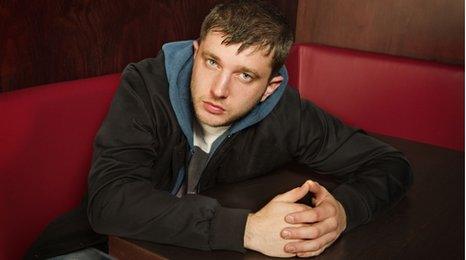 Plan B says the government is not doing enough to tackle gang culture and thinks there could be more riots.

The musician claims politicians are "out of touch" and that anti-social behaviour can't be solved by funding.

"I don't think the government is ever going to solve these problems," he said. "We will have more riots, it's going to get worse.

We will have more riots, it's going to get worse. We have had an issue with youth unemployment in this country for longer than 30 years
Plan B

"We have had an issue with youth unemployment in this country for longer than 30 years."

The riots began last August after Mark Duggan was shot dead by the police in Tottenham, north London.

More than 3,000 people were arrested after the violence spread to other cities, including Birmingham and Manchester.

A report by the Centre for Social Justice (CSJ) has claimed that the response to last year's riots has led to more violence among some gangs.

It says that the government's approach to tackling gangs, by arresting group leaders, had led to infighting from younger members.

In response, the government said it was spending £10m as part of its anti-gang strategy. 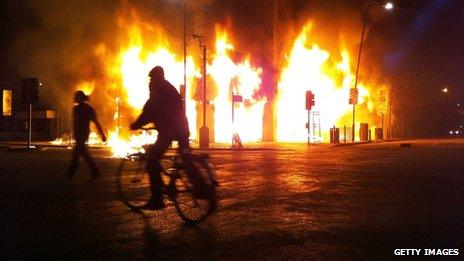 "I don't think they have the balls to actually go and find out what's going on," the 29-year-old rapper said.

Plan B, whose real name is Ben Drew, has set up a youth charity aimed at helping disadvantaged young people.

He says that is a better way at trying to prevent riots in the future.

"Through music and through film we can change people's perception of the problem and show them the reality of it," he said.

"Drugs are cool for kids, violence is cool, these things are exciting. A lot of these kids don't believe in themselves enough.

"They feel so detached from society they think, 'What's the point going to school, getting a job?'

"That's why so many end up getting involved in gangs."