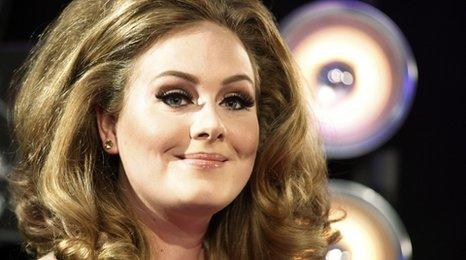 It's been reported around the world that Adele is singing the new Bond theme, but there's no official confirmation.

Traditionally, Sony Pictures, which distribute the Bond movies, and Eon Productions, the company in charge of Bond, issue a joint press release about who will be singing the theme song.

So far that hasn't happened, despite the 23rd Bond film, Skyfall, due for release on 26 October 2012.

The latest from Sony regarding Adele singing the theme is a simple, "nothing confirmed, no comment."

Here's what we do know…

Adele herself dropped a hint during an interview on Jonathan Ross' chat show on ITV1 in September 2011.

Well this is actually a theme, what I've got to do for, um… Wow. That's really giving something away isn't it?
Adele in September 2011

"I'm going back in the studio in November, fingers crossed," Adele told Ross.

"Well this is actually a theme, what I've got to do for, um… Wow. That's really giving something away isn't it?"

When Ross then hummed the 007 theme music, Adele laughed and said, 'No' - but that could have been a nervous reaction.

The recording could have stalled last year as it was in November 2011 that Adele underwent throat surgery in America for a haemorrhaged vocal chord.

Then in April 2012, Adele told French radio station NRJ that she will have a new single out by the end of this year, but that an album was still two years away.

Releasing a one-off single, the Bond theme, would clearly fit that schedule.

Speaking at the Mercury Prize on 6 September 2011, Tempah mentioned: "I was with her (Adele) yesterday, she was telling me about it and that's amazing."

He continued: "I've always wanted to do a Bond theme. I'm a bit jealous actually. No, let's leave it to her, it's always a really big diva that does it right?"

Speculation has increased in the past few weeks since it was reported that heavily pregnant Adele was spotted going into London's Abbey Road studios.

Entertainment news sites around the world have recently reported that it's been confirmed that Adele is singing the Bond theme.

They do not report who confirmed the story though, but do say it will have the same title as the Bond movie, Skyfall.

Then one bookmaker in the UK said that it would pay out on bets that had been placed on Adele singing the theme, even without an official confirmation.

If the rumours are wrong? 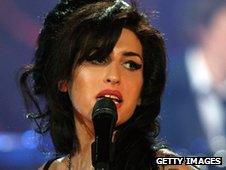 If it eventually turns out that something went wrong and Adele is not behind the track for Skyfall, then no pressure on whoever has to fill those heavily rumoured shoes.

This wouldn't be the first time that the press-favoured artist did not end up on the Bond recording.

In 2008 rumours were rife that Amy Winehouse and Mark Ronson were working on the theme song to accompany Quantum of Solace.

In the end that honour went to Jack White and Alicia Keys, whose duet Another Way to Die appeared in the movie.

Later on, according to Ronson, Winehouse had not been well enough to complete the recording.

There is currently much discussion about Bond and Adele on social networking sites but as with all good spy movies, who knows until the end if they're bluffing, double bluffing or planning something else entirely?