UK 'too heavy-handed' with Twitter and online trolls - BBC Newsbeat 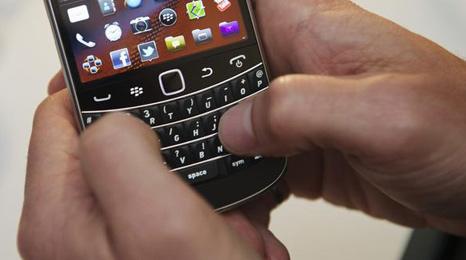 Police and prosecutors in the UK are accused of being "incredibly heavy-handed" when dealing with online trolls and abusive messages.

It follows several cases where young people have been arrested, fined or jailed after posting insulting comments on their Twitter and Facebook accounts.

Campaign groups and experts from Oxford University say the punishments are heavier than in other countries.

But police insist if a law is broken they will take action.

Following that a 17-year-old was arrested in Weymouth.

His computer and phone were seized and he was given a harassment warning, which will stay on his record.

The UK is one of the world's top tweeting countries along with Japan, Spain and the US.

Lucia lives in Valladolid in Spain and says: "I don't think these comments are good but I don't think people should go to jail. In Spain it's not happened."

Miyu, from Japan, called the UK's approach "surprising" and says: "It's difficult, but I think being arrested is too serious because it's [only] Twitter."

Laura from Washington DC believes it would never happen in the US because they "emphasis freedom of speech, which I think is important. It's translated over to Twitter as well".

Official figures showing how many arrests have been made over online comments don't exist.

Instead police record arrests under different categories depending on what is posted.

For example, it could be incitement to racial hatred or harassment.

Bernie Hogan from the Oxford Internet Institute monitors what happens in other countries. 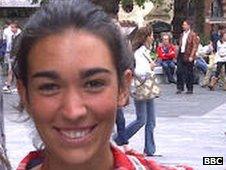 He said that although the UK was "leading the way" in cracking down on this type of online abuse, by comparison "we are incredibly heavy-handed".

In a statement is says: "People have a right to publish their views but when these views become indecent, threatening or offensive then the individuals they affect also have the right to report them.

"The police will assist with any prosecution."

The Campaign Against Censorship says often a joke or sarcasm is misread, especially when people only have 140 characters.

Index, which campaigns for freedom of expression, say the cases are "silly" and the police only pursues them because they are "easy prosecutions".