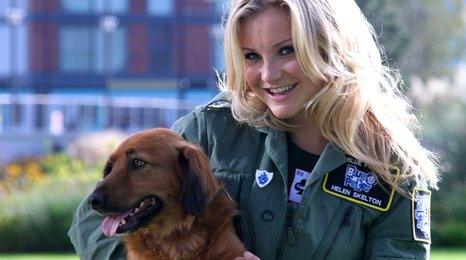 Her final message on the site was posted on Wednesday evening.

It read: "Turns out I don't have very thick skin after all so I am closing my twitter account. Enjoy the games. Signing off, skelts x"

Her profile is no longer available on the social networking site and appears to have been closed after sending the last tweet.

Other microbloggers have since tweeted her, offering their support.

More recently she has been working as a reporter for the BBC at the London 2012 Olympics.

She has also completed extreme physical challenges for the charity Sport Relief.

These include kayaking the length of the Amazon and becoming the first person to use a bicycle to get to the South Pole.

Earlier this week Tom Daley reported a Twitter user for sending him offensive messages after he failed to secure an Olympic medal in the 10m synchronised dive.

The user was arrested and given a warning.