Hobbit films will be a trilogy Peter Jackson confirms 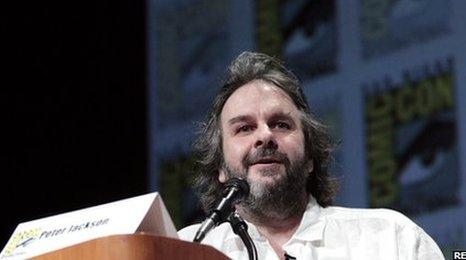 The Hobbit film project will be extended to a trilogy, director Peter Jackson has confirmed.

In a posting on his Facebook account, Jackson said: "It has been an unexpected journey indeed, and in the words of Professor Tolkien himself, 'A tale that grew in the telling'."

The first instalment is due out on 14 December and the follow-up on 13 December 2013.

Rumours that a third film was in the works surfaced last week.

They followed Jackson's assertion that he wanted to shoot extra footage, just days after announcing the end of principal photography.

"It is only at the end of a shoot that you finally get the chance to sit down and have a look at the film you have made," he said in his Facebook statement.

"Recently I did just this when we watched for the first time an early cut of the first movie - and a large chunk of the second.

"We were really pleased with the way the story was coming together, in particular, the strength of the characters and the cast who have brought them to life.

"All of which gave rise to a simple question, Do we take this chance to tell more of the tale? And the answer from our perspective as the film-maker, and as fans, was an unreserved 'Yes.'"

Jackson said that extending the project to three films "allows us to tell the full story of the adventures of Bilbo Baggins and the part he played in the sometimes dangerous, but at all times exciting, history of Middle-earth".

Filming for the two Hobbit movies, which began in March 2011, ended at the start of this month after 266 days.

It stars Martin Freeman, of The Office and Sherlock, as Bilbo Baggins.