Big Chill festival may return 'in some form' in 2013 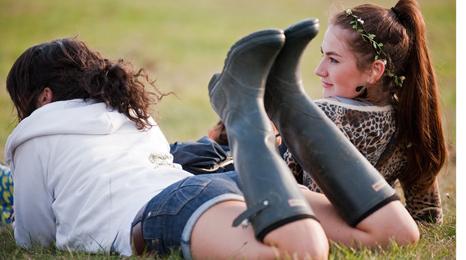 The organiser of The Big Chill festival says he hopes it will return but possibly in a different format.

In January it was announced that the August event would not happen this year because of the Olympics affecting "artist availability".

Boss Melvin Benn says he is considering relaunching the Herefordshire event in 2013 with a different look.

"I'm sure something will return that will have a completely fresh take on what a festival should be," he said.

It also featured performances from Jessie J, Calvin Harris and Katy B.

Melvin Benn, managing director of Festival Republic, said: "The Big Chill [in 2012] was a clash with the Olympics but more importantly with the Big Chill it was me not being absolutely certain where I wanted to take the festival and what I was doing with the festival.

"I'm actually going down there next week to the very same site to have a look.

"I'll go with a couple of people that I hope will be working with me on - not the Big Chill, it won't necessarily be the Big Chill - but a replacement or something to be born out of that."

The festival, which was first held in 1994, takes place in the grounds of Eastnor Castle, Ledbury in Herefordshire.