Digital music sales rise by 17.3% in first half of year - BBC Newsbeat

Digital music sales rise by 17.3% in first half of year 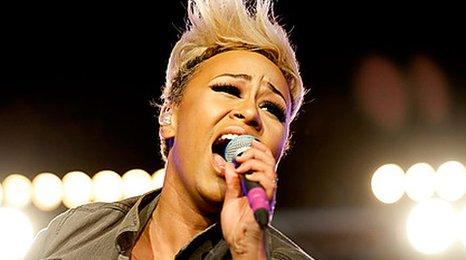 Digital music sales have grown by 17.3% so far this year, according to data revealed by the British Phonographic Industry (BPI).

Despite that total UK album sales are down to 43.6 million from 2011's 50.3 million between January and June.

Physical album sales are also down for the first half of the year dropping by almost 14% compared to last year.

Adele's second album 21 is the biggest seller this year, with Emeli Sande and Lana Del Rey at two and three.

Music fans in the UK bought 93.6 million singles, up from 88 million during the same period last year.

Nine out of the top 10 biggest sellers of the year so far were not released on CD or vinyl and sold only as downloads.

The biggest-selling single of the year so far is Somebody That I Used To Know by Gotye.

It has sold more than a million copies, while Call Me Maybe by Carly Rae Jepsen is second.

BPI chief executive Geoff Taylor said: "Album unit sales are down quite significantly year-on-year, but it's important to remember that these unit sales figures do not take into account the growing importance of music streaming and subscription services.

"The second half of 2012 is looking very promising for music fans, with big releases anticipated from The Killers, Plan B, Joss Stone, Mumford & Sons, Robbie Williams, Muse, David Guetta, Van Morrison, Pet Shop Boys, Dido, One Direction and The Vaccines."