The Vaccines admit they are a 'pop band' and love Abba 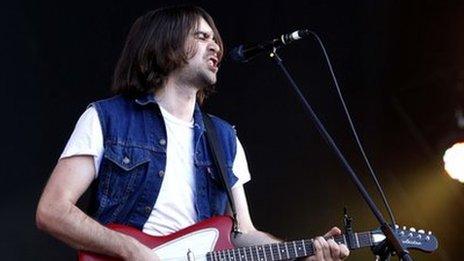 One of the few new guitar bands to impact the charts in recent years, The Vaccines, have outed themselves as a pop band.

"We see ourselves as a pop band but I guess people wouldn't," muses lead singer Justin Young.

"I think we're playing rock 'n' roll but absolutely like the Beatles we're a pop band, like the Rolling Stones were a pop band, The Kinks, you know."

There have been numerous articles written over the past few years questioning where all the great new guitar bands have gone.

Kaiser Chiefs, Kings of Leon and Coldplay still have mass appeal but the charts have been overtaken by pop queens such as Lady Gaga and Katy Perry and singer/songwriters such as Ed Sheeran and Adele.

Since it was released last year, The Vaccines' debut album What Did You Expect From The Vaccines, has spent 50 weeks on the UK chart, peaking at number four. 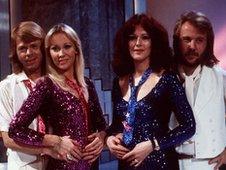 Despite their indie fan following though, Justin Young is proud to classify what his band does as pop.

"I find the majority of pop music is very safe and auto-tuned, synthesised. I find that upsetting because I find that a lot of the self-expression has fallen by the wayside a bit."

As if to back up his point even more, when challenged as to who his favourite pop bands are, Young replies, "Abba.

I find pop music is very safe at the moment and you know auto-tuned, synthesised. I find that a lot of the self-expression has fallen by the wayside a bit
Justin Young, The Vaccines

So does Young's goodwill towards Swedish pop extend to the enormously successful jukebox musical Mamma Mia?

The Vaccines played Radio 1's Hackney Weekend and their second album The Vaccines Come of Age is released in September.