What is multiple sclerosis? - BBC Newsbeat

What is multiple sclerosis? 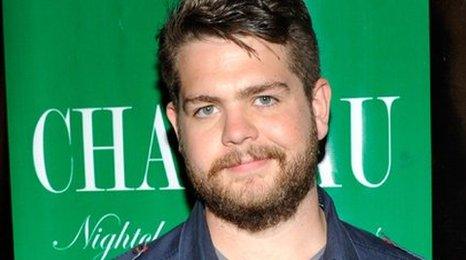 Jack Osbourne has been diagnosed with multiple sclerosis. The 26-year-old revealed his condition in an interview with a magazine.

He told Hello! that he went for tests earlier this year after losing more than half the sight in his right eye.

The diagnosis came through two weeks after the birth of his daughter, Pearl.

But after a few days, he realised getting angry and upset wouldn't do anything and said his new motto was "adapt and overcome".

What exactly is MS?

Multiple Sclerosis is a disease that affects nerves in the brain and spinal cord.

The nerves in these areas are surrounded by a protein called myelin, which helps signals from the brain get to the rest of the body.

The myelin becomes damaged in people with MS because the immune system mistakes it for something that shouldn't be there and attacks it.

This means signals from the brain struggle to get through properly.

What are its effects?

MS affects the body in different ways and has many symptoms, but people with MS won't normally experience them all.

Some of the most common symptoms include: feeling very tired during the day; bladder problems; problems with balance and co-ordination - for example when walking.

Problems seeing - like blurring and loss of vision are also common, as is muscle stiffness and uncontrolled movements, or spasms.

How long does MS last for?

At the moment there is no cure for MS, so there's no quick fix.

Its effects can come and go. For some people they get worse over time.

Eighty-five per cent of people have 'relapsing remitting' MS where symptoms are mild for a while, or even disappear completely.

However their symptoms can suddenly flare up again in the relapse stage.

After about 10 years about half of people with this sort of MS develop 'secondary progressive' MS.

At this stage, symptoms get worse and there are fewer periods of remission.

How can it be treated?

Although there's no cure, there are ways to make living with MS easier.

Drugs can help reduce the frequency and seriousness of individual symptoms and also cut down the number of relapses.

How many people are affected?

Almost twice as many women than men have MS.