Men In Black's Will Smith 'doesn't want to be sequel guy' 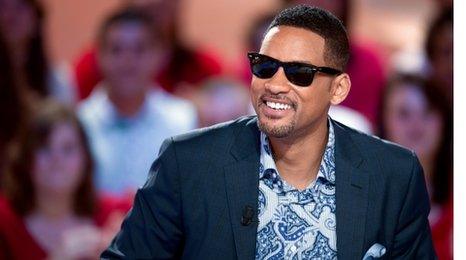 Will Smith has said he doesn't want to become "the sequel guy" when it comes to choosing his new movie roles.

Smith said: "We were very reticent about going to a [Men In Black] part III because sometimes it looks like you're making a sequel for the sake of making a sequel."

But, he said he would consider making MIB 4 "if people love this one".

Smith added that he'd "potentially consider Bad Boys III", adding that there was a "ground swell".

Speaking to Radio 1's Chris Moyles, the 43-year-old actor revealed producers are working on I Am Legend II but that he was unlikely to take part.

When asked if he would be involved, Smith said: "Probably not.

"If it's great, I'm into it. I don't want to be the sequel guy. I figure I've got about six or seven more years."

Will Smith is promoting Men In Black III where he resumes his role as Agent J, 15 years after the release of the first film.

Men In Black III is released in cinemas on 25 May.