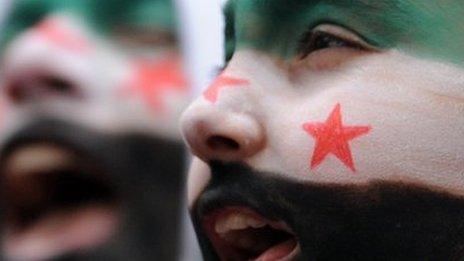 Despite the ongoing conflict and violence in Syria, the government is preparing for a Parliamentary election.

For the first time in 40 years, seats in the Syrian parliament will be up for grabs by multiple parties in the elections, now scheduled for 7 May.

The government's main opposition groups say the elections are a "joke" and a "sham" and they plan to boycott them.

What's different about these elections?

For decades, only parties that belonged to the National Progressive Front (NPF) were allowed to stand for election in Syria. The NPF is a coalition of 11 political parties and includes The Arab Socialist Ba'ath Party headed by the Syrian President Assad.

The NPF had always accepted the Ba'ath Party as taking the leading role in Syrian society.

In February 2012 authorities held a referendum on constitutional reform which saw the supremacy of the Ba'ath Party abolished. 89.4% voters backed this and now multiple parties are allowed to run.

Who is running for the seats? 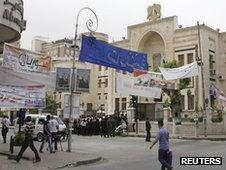 Under the new constitution, at least half of the members of the Syrian assembly should be workers and farmers, as defined by law. The parties they represent cannot be based on religion, region or profession.

They also can't be connected to a non-Syrian party or political organisation. This means outlawed groups like the Muslim Brotherhood or Kurdish parties would be unable to have influence.

In total, 250 seats up for grabs with 7,195 candidates registered to compete. President Assad's seat is safe as he's not running.

What do the protesters think of the elections?

The Syrian National Council say the elections are a farce because many of the candidates who are running are "unknown." They say they are "faces with names on posters and no programmes" and have accused the Syrian government of orchestrating the election.

The UN says more than 9,000 people have died since violence began in the country more than a year ago. Fighting is still ongoing despite a six-point peace plan that was introduced by UN envoy Kofi Annan. Protesters say to hold an election now makes no sense as not every Syrian person's voice will be heard.

Supporters of the elections believe having new MPs and new parties will strengthen the country and allow everyone's concerns to be addressed.