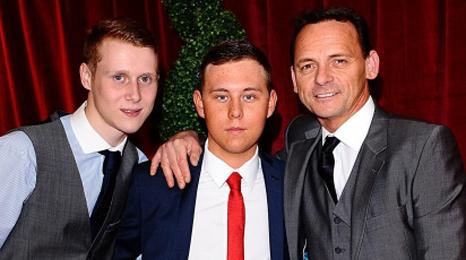 EastEnders has won the top prize at the British Soap Awards after being named best British soap.

Emmerdale took three prizes including most spectacular scene of the year.

Alison King, Coronation Street's Carla Connor, took the best actress award for playing a factory owner raped by her fiance. "It's been hard but it's been a great year," she said.

"It's been really emotional, I got a lot of letters from people who could relate to the story."

In pictures: Stars turn out for British soap awards

Her departure for Barbados was also named best single episode.

For the second year in a row, best actor went to Emmerdale's Danny Miller, who plays Aaron Livesy.

Scott said someone else deserved the prize: "There are many sexy men out there and they deserve recognition.

"Shane Richie (EastEnders' Alfie Moon) is much sexier than me."

Pam St Clement, who played Pat Butcher in EastEnders for 25 years, earned a standing ovation when she was given the lifetime achievement award.

The awards will be shown on ITV1 on Wednesday 2 May at 8pm.