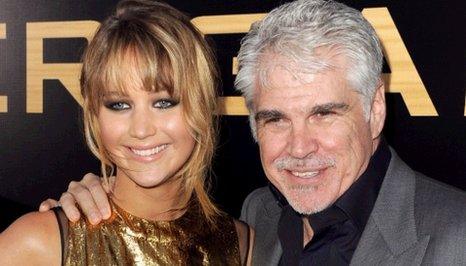 The screenwriter and director said he had decided not to make the next instalment in the trilogy "after difficult but sincere consideration".

Ross said the tight production schedule for the second film - due to be released in November 2013 - left him with little time to prepare.

But he denied reports that he had fallen out with distributor Lionsgate.

The Hunger Games has spent a third week at the top of the US box office, beating competition from Titanic 3D and the new American Pie film, making more than $300m (£189m).

Based on Suzanne Collins' novel, the movie follows a girl who is forced to take part in a televised fight to the death.

Oscar nominee Jennifer Lawrence, who plays heroine Katniss Everdeen, said the film version is how she pictured it after reading the novel.

She only has a short window for filming The Hunger Games sequel because she is due to start shooting the sequel to X-Men: First Class in January 2013.

Ross said making the movie was the happiest experience of his professional life but that he did not have the time he needed to write and prepare Catching Fire.

Lionsgate officials said that they were "very sorry" Ross has chosen not to direct the movie but that they looked forward to working with him on future projects.