CityVille game maker Zynga to break away from Facebook 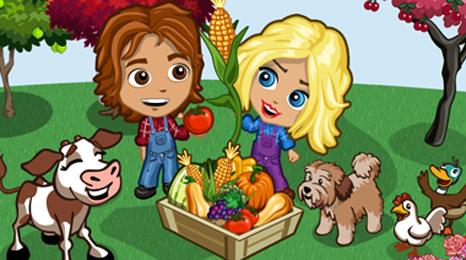 The American company behind social games like FarmVille and CityVille is setting up its own gaming service.

It means people will be able to play on a platform outside Facebook, Google+ and Myspace.

Zynga makes its money through advertising and from the sale of virtual items such as tools paid for with real cash.

Most of the company's games have to be played through Facebook, which takes a 30% cut from each sale.

Zynga, whose titles have more than 200 million active monthly users, makes 95% of its money through Facebook.

It publishes four of the top five games played on the social networking site.

Keza MacDonald, UK games editor at IGN.com, says moving away from Facebook could have significant effects down the line.

She said: "If Facebook games like Zynga launch their own platforms rather than hosting games exclusively on Facebook itself, it undermines Facebook's credibility as a gaming platform which could shift the emphasis on social gaming.

"The money in social gaming could shift further towards mobile platforms."

The San Francisco-based firm says its re-designed website, which will be launched later this month, will make it easier to play games more quickly with access to live chatting and message board features.

Five of Zynga's top games will be on the new Zynga.com, including CastleVille, CityVille and Words with Friends.

Users will still need to log in using their Facebook IDs and sales from virtual goods in games, such as houses, coffee or other items, will be traded using Facebook Credits, the social website's payment system.

Manuel Bronstein, general manager of Zynga.com, said the new website was not intended to move users away from Facebook.

"It will help users keep their Facebook profiles separate from their gaming habits while bringing Zynga closer to users," he said.

The company went public last December, trading on the Nasdaq stock exchange, but it had a disappointing start with its share price falling 5% on its first day of trading.