What is the European Court Of Human Rights? - BBC Newsbeat

What is the European Court Of Human Rights? 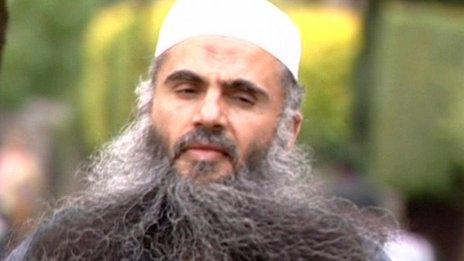 It's the Strasbourg-based court that's recently ruled that prisoners should be allowed to vote and that a suspected Al Qaeda terrorist can't be deported from the UK.

David Cameron called that last decision "completely unacceptable" and is demanding urgent reform of the European Court of Human Rights.

But what is the court, the ECHR? How does it work? And is British law really being being undermined and overruled by unelected judges "in Europe?"

How did it come about?

First up, the court has nothing to do with the European Union.

It's part of a totally separate organisation called the Council of Europe, which is made up of 47 European nations.

Countries as diverse as Russia, Turkey, Britain, and Armenia are members.

The Council of Europe was set up after the Second World War following a lot of work in particular by Britain and Winston Churchill.

Its focus on human rights came especially in response to the Holocaust when Nazis murdered millions of Jews and other minority groups during World War II.

It aims to encourage democracy, integration, human rights, and freedom in Europe.

OK, but I thought those things were guaranteed in the UK anyway... 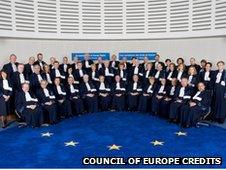 Image caption Every country provides a judge, though their legal training can vary

People can take their own countries to court at the ECHR if they feel their rights have been violated.

The court rules on a range of areas - known as articles.

Its decisions are legally binding on member nations and the articles cover things like a ban on slavery; peoples' right not to be tortured; and the right for men and women to marry.

Each country sends one judge to the court - but critics argue that there's a problem here because standards of legal training can vary wildly across the continent, leading to claims some officials are sub-standard.

Why all the controversy then? 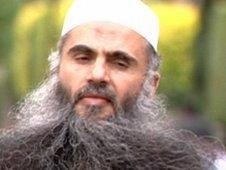 There have been a number of recent rulings that have upset UK Governments.

Most recently, in January 2012, the court said that Abu Qatada, once described as "Osama bin Laden's right hand man in Europe," cannot be extradited to Jordan on terrorism charges, because he wouldn't get a fair trial there.

The ECHR protects individuals right to a fair trial.

The court has also threatened action against Britain for not complying with a ruling that said prisoners had to be given the right to vote.

Some British politicians are angry they feel they're being told what to do and can't ignore the court.

So can't Britain just ignore the rulings - or even leave?

The UK would face fines if it ignored the rulings.

There's also the risk Britain would lose its international standing and reputation.

It would be hard for the UK to speak out against international human rights abuses if other countries could point back to how Britain was ignoring its own obligations.

However, Prime Minister David Cameron says reform of the European Court of Human Rights is necessary, because he thinks it wrong the authority of the British Parliament is sometimes being overruled.

The PM opposes the call by some of his back-benchers to quit the Council of Europe.

The UK is also part of the EU which is committed to joining the Council of Europe as a bloc.