Calls to tackle teen dating violence in the US - BBC Newsbeat

Calls to tackle teen dating violence in the US

By Greg DawsonNewsbeat US reporter 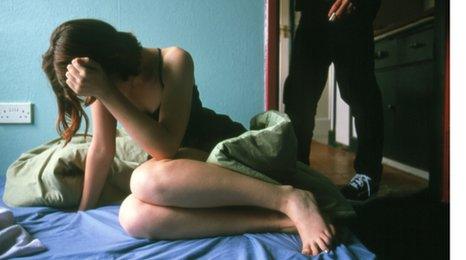 Campaigners in the US have told Newsbeat more needs to done to tackle the high rate of violence in teen relationships in the country.

Recent studies have shown a high number of young people admitting they've been attacked by their boyfriend or girlfriend.

Twenty-year-old Gabrielle Lopez from New York City was abused by her first boyfriend at school:

"About two months into the relationship he became very controlling," she said.

Eventually the verbal intimidation turned to physical abuse and Gabrielle was attacked on several occasions.

I came to school with bruises. He used to punch me in the ribs a lot
Gabrielle Lopez, 20

"I came to school with bruises. He used to punch me in the ribs a lot. He would also slap my face with the back of his hand," she said.

There was much worse to come though.

When Gabrielle complained about the abuse to police, her boyfriend was warned about his behaviour but wasn't arrested.

As an act of revenge for her reporting him, he forced her to an abandoned house where he raped her.

She admits she stayed in the relationship for as long as she did because she didn't realise her boyfriend's behaviour wasn't normal.

"I came from a home where there was abuse and I just thought this was the kind of problem that happened in relationships," she said.

The most recent national survey in the US found one in 10 young people admitted being attacked in their relationship.

Some people believe the rate could be much higher in inner city areas.

We need to do a better job of educating young people about what a healthy relationship really looks like
Dr. Brownwen Carroll
Children's doctor

Dr Brownwen Carroll has worked as a children's doctor for several years in Boston and decided to carry out her own survey.

After questioning 327 patients, more than 50% revealed they had been physically attacked.

She told Newsbeat: "I expected the numbers to be high but I didnt expect them to be that high. That's somewhat staggering.

In recent years a number of small schemes have been set up in some schools in the US to educate young people about violence in relationships.

However, campaigners believe a lot more needs to be done to raise awareness.

Dr Bronwen Collins believes rates of violence are much higher in urban areas with higher levels of poverty.

She claims one of the main problems is that many teenagers, like Gabrielle, suffer abuse and don't realise something is wrong with their relationship.

"To know it's so common is distressing. We need to do a better job of educating young people about what a healthy relationship really looks like."