Could the digital 'cloud' used for storage ever crash? - BBC Newsbeat

Could the digital 'cloud' used for storage ever crash? 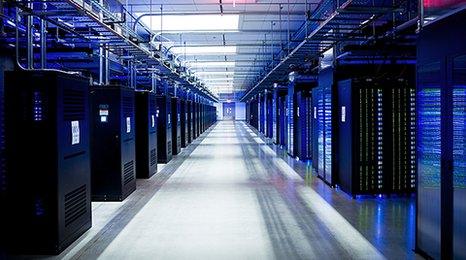 When Megaupload was taken down last month, users around the world lost access to files they had uploaded.

The site was shut down by prosecutors in the US after it was claimed users were illegally sharing music and movies, costing copyright holders an estimated $500m (£315m).

But many people used the site legally to share personal files such as photos and documents.

It's now becoming more common for users to store their files online in what's referred to as "the cloud".

But how safe is cloud storage when prosecutors can close down massively popular websites without warning?

Could the cloud ever crash?

While certain sites or servers could be closed down, it would be practically impossible for the cloud as a whole to crash.

Rik Ferguson from internet security company Trend Micro says: "The cloud, much like the internet, is not one single system reliant on one single connection. For the whole cloud to disappear is pretty much inconceivable."

However, it is possible for individual cloud servers to fail as a result of physical damage to the hardware.

For example, if there was a flood at a computing centre, a great deal of data stored there could potentially be destroyed.

But Ferguson says many of the larger and more reputable online companies will have their own contingency plan in such an event.

"Any large enterprise has their own backup plans which are designed to cope with a flood, earthquake, natural disaster," he says.

Is the cloud safe?

One of the biggest issues facing the cloud is security. Many users don't like the idea of storing their personal information and files online.

Jay Heiser, an analyst from technology research company Gartner, says the biggest risk when using the cloud isn't confidentiality, but the possibility of losing data.

"If you're relying on a single provider, you need evidence that they are backing up your data offline," he says.

"My advice would be to make a second copy of your material inside some other provider's infrastructure."

In addition to storing your data on multiple cloud servers, Heiser recommends saving locally to avoid losing any important files.

"Hard drives keep getting cheaper and there's no shortage of them in PC stores. I do not see within the next several decades the death of local storage," he says.

So where exactly do internet companies build their data centres?

Last year, Facebook allowed photographers into its new computing centre in the US state of Oregon. 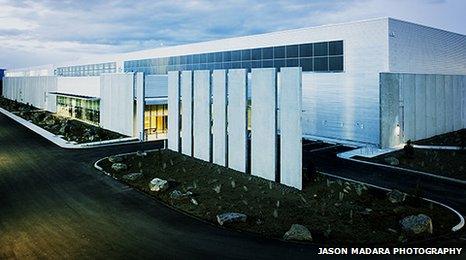 Data centres are often built in rural areas because operating costs are lower and only a small number of staff are required to work at them.

In Facebook's case, the climate of Prinevill, Oregon will also help to keep their servers cool. 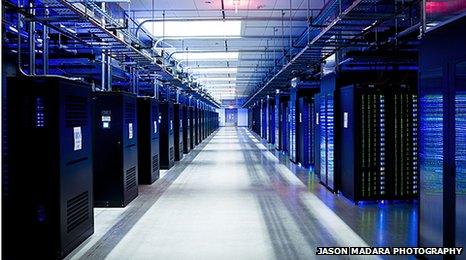 Looking to the future of cloud storage, Trend Micro's Rik Ferguson tells Newsbeat: "The cloud is already a part of our everyday lives, and will continue to grow in importance."

But Gartner's Jay Heiser is sceptical about how quickly the concept of cloud storage will catch on with the general public.

He says: "I don't believe in my lifetime [the cloud] will be the exclusive form of storage."