Newsbeat asks Blackberry users if they want to switch 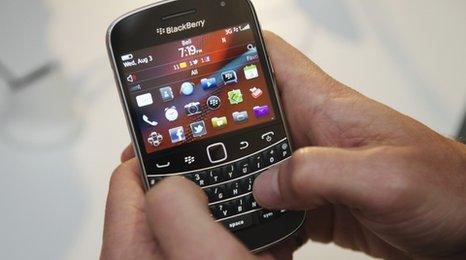 There's evidence that growing numbers of Blackberry users are ready to switch brands.

Newsbeat's been in touch with hundreds of users and nearly three-quarters say they want to change their handsets.

It's after a series of problems for Research in Motion (RIM), the company behind the phones, over the last 12 months.

Blackberry's tablet computer, the PlayBook, launched early last year but didn't live up to the hype.

The company had hoped the device would rival Apple's iPad but the PlayBook suffered poor sales after its release.

In October, tens of millions of customers suffered a four-day blackout where they couldn't access emails or Blackberry Messenger (BBM).

The 25-year-old has had a Blackberry for over a year but two weeks ago she decided to get rid of it. 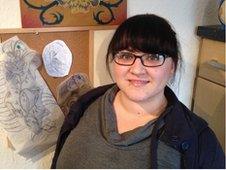 She said: "As soon as I had the money I just decided to change it for something else. I just didn't get what I needed from it.

"It wasn't very reliable, it was always freezing, the camera was really poor. It ran too slowly. It's just not really what you'd expect from an expensive phone.

"Overall I thought the BlackBerry was good initially but the more I used it, it just didn't work for me."

But many customers say they are still happy with the smartphone.

Marshall Shipley, a mechanic from Stoke-on-Trent, has been with Blackberry for four years.

"I've had three so far and am waiting for my upgrade to my fourth. I don't know everything about them but I know enough to not want anything else," he said.

"It's full touch screen, it's got its own keypad, so it's got the best of both worlds. Picture quality is fantastic and it works very, very fast. It's got everything a phone needs."

Stephen Bates, boss of RIM for the UK and Ireland, says he's happy with the company's performance.

He told Newsbeat: "We have a great customer base, we're continuing to grow. Our company structurally is in very good financial health.

"We've got some great innovation coming through the pipe and I for one am very pleased about what I see for the future." 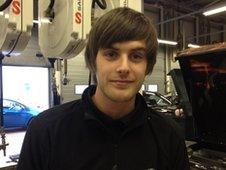 A key figure in all of this is market share - how many mobiles RIM is selling in the UK compared to rivals like Apple, Nokia and Samsung.

According to one set of figures, from research company Gartner, RIM's is falling.