New Amy Winehouse album to be released in December 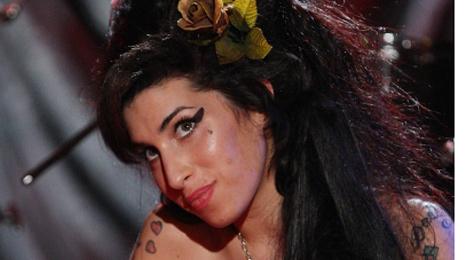 A collection of 12 previously unreleased songs by Amy Winehouse is to be made available as an album on 5 December.

Winehouse's collaborators Salaam Remi and Mark Ronson revisited recordings made by the singer for the release.

Amy's father Mitch has said the album is "a fitting tribute" to his daughter.

The singer's record label Island said the tracks were recorded at various points during her career with some songs made after the release of her second album Back To Black.

It has been officially billed as her "third" album after her 2003 debut Frank and 2006's Back To Black.

Album track listing and when they were recorded

It will feature Between The Cheats, a brand new song, recorded in May 2008 with producer Salaam Remi.

In a statement Amy's father Mitch Winehouse said listening to the album "really took my breath away".

"Halftime, I'd never heard before, is just incredibly beautiful," he said.

"If the family had felt that this album wasn't up to the standard of Frank and Back To Black we would never have agreed to release it."

A donation of £1 from every album sold will go towards the Amy Winehouse foundation, a charity set up her father and officially launched in September on what would have been Amy's 28th birthday.

Last week a verdict of misadventure was recorded into the singer's death after an inquest heard she was more than five times the drink-drive limit.

The 27-year-old was found dead at her home in Camden, north London, on 23 July following years of alcohol and drug addiction.

Our Day Will Come will be played for the first time on The Chris Moyles Show on Thursday 3 November.