How strict discipline has helped Wales at the World Cup 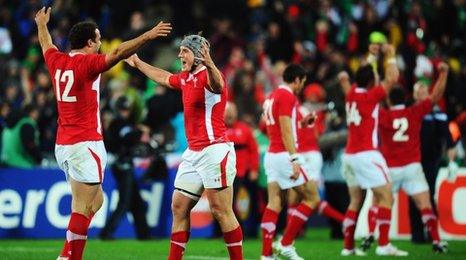 On Monday morning, the England squad flew home from New Zealand, their hopes of making it to a third Rugby World Cup final in a row in ruins.

Their 19-12 defeat to France was the final chapter in a controversial competition for the 2003 champions.

A string of poor performances was followed by damaging headlines off the field, which included players being photographed out drinking.

Mike Tindall, 32, was among a group criticised for their conduct on a night out.

Some newspapers said the bar the players visited was holding a dwarf-throwing contest, although the venue's manager denied that in a tweet afterwards.

Three players were also told off for the way they behaved towards a female hotel worker.

In contrast, their Welsh counterparts have been preparing for their first World Cup semi-final since 1987 after beating Ireland 22-10.

There have been no negative newspapers headlines and players have been put under strict curfews.

But is strict discipline as opposed to England's more liberal approach the secret to success?

Guidance from senior players and management

Wales coach Warren Gatland has denied his Welsh side has been whiter than white during the World Cup but says players haven't gone mad. 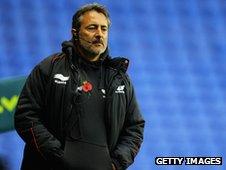 He thinks setting out clear values before a tournament that the entire squad stick to is key to success.

"Certain values will be common in any group of people and I think, for me, the work ethic is key. Also humility is a factor.

"Coaches and players have to have that level of humility so that they pull together and they work hard for a common purpose.

"Within any squad your senior players are going to be vital to policing the discipline of that squad."

Mental performance consultant Andy Barton agrees but says the unity Wales have shown throughout the World Cup is also a key component.

"Discipline is important but it's important that everyone is on the same page," he said.

"It's about the cohesion. What you're getting from Wales is a very strong bond. Everyone's together.

"Giving up alcohol, for instance, is a decision people made because they're showing their faith in their team."

Warren Gatland says there has been a "sea-shift in terms of the professionalism" in the Welsh squad and the way the team has prepared for this World Cup.

Last year one senior player, Andy Powell, was given a motoring ban for driving a golf buggy on a motorway slip-road while being over the legal alcohol limit after a Six Nations win over Scotland.

"Things have been quiet, but we are tight as a squad and we'll stick together and stick to the values we have in the squad.

Before the World Cup, Wales took part in two summer training camps in Poland. Both trips were alcohol-free.

They also used a hi-tech training shirt that was able to monitor a variety of biometric data on a second-by-second basis.

Gethin Jenkins says the atmosphere in the Wales squad has been better than ever this year.

He also points out many players are taking part in their first World Cup. 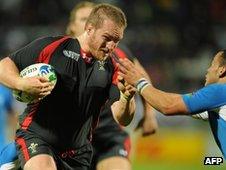 "It's all about the players you are bringing through and the way players and their mindsets are developing," he said.

"Everything is in place now. You've just got to bring your talent, your bit of skill to the team and bind it all together."

"A lot of these players have come through the system from the age of 15 where it is very disciplined, there are standards set for these young players, so they're used to that level of discipline.

"You've got a group of senior players within the Welsh camp at the moment who have gone through a lot themselves.

"They haven't been perfect in the past and they've had their own troubles but they've learned a lot from that and, right now, the mix of that group seems to be working very well."

"It was about building that mental toughness - something we've been criticised for [not possessing]," he said before the World Cup.

Psychology plays an immense role in sport. You can be as fit as you like, you can have as many skills as you like but you have to be in the right frame of mind to implement those skills
Andy Barton

"Sometimes it's that mental edge that has cost us games in the past when we haven't quite switched on or had a little lapse in concentration or haven't quite nailed a critical moment in a game and it's been incredibly costly."

"We tend to live to our beliefs," he said. "If your team believes that they can win they've got a good chance of winning.

"Psychology plays an immense role in sport. You can be as fit as you like, you can have as many skills as you like but you have to be in the right frame of mind to implement those skills.

"It's the mental game that will ultimately make the difference."