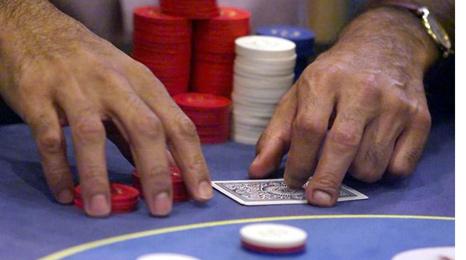 Full Tilt Poker, one of the world's largest online poker sites, has lost its gambling licence.

The American-run site was registered in the Channel Islands.

But the Alderney Gambling Control Commission (AGCC) has now revoked its licence after originally suspending it in June.

It comes after a US investigation into money laundering, illegal gambling and bank fraud at Full Tilt Poker that was launched in April.

Eleven people, among them the founders of the site, were charged over the offences.

Prosecutors accuse the website of having plundered player accounts to make payments of tens of millions of pounds to board members.

Andre Wilsenach, executive director of the AGCC, said Full Tilt misled the commission about the amount of money it actually had and carried out "false reporting, unauthorised provision of credit, and failure to report material events".

Now that the site's licence has been revoked by the AGCC it will no longer have any legal power over the company.

There's been no official comment from Full Tilt Poker.

The site's bosses are reported to have said the move would make it more difficult to pay out the estimated £200 million owed to players.

This is the latest development in a story stretching back several years.

In 2006, American authorities tried to crack down on online gambling.

The Unlawful Internet Gambling Enforcement Act was legislation introduced to try to put the brakes on the emerging industry.

It was designed to halt money transfers to online gaming sites.

As a result several big poker sites worried about the new law have since pulled out of America.

One of those was PokerStars, which is now registered on the Isle of Man and Absolute Poker, which is based in Canada.