Gastric band weight loss ops on the rise for under-25s

The number of under-25s being given weight-loss surgery on the NHS in England has quadrupled over the last three years, according to figures seen by Newsbeat.

That includes people being fitted with a gastric band, having their stomach stapled, or having a gastric bypass.

That included 34 teenagers, some as young as 15.

Doctors and eating-disorder groups say they are worried about the rise, claiming the NHS in many cases is not giving young people the support they need before and after the surgery.

Gastric bands are given to overweight people to help them lose weight quickly.

They work by reducing the size of a patient's stomach, therefore limiting the amount of food they can eat.

The eating disorder charity Beat says too often this is not being treated as a life-changing procedure.

Beat's chief executive Susan Ringwood says: "Having a gastric band fitted is a very serious operation that has long-term, permanent consequences, yet we know young people are not always being given this information and that is very concerning".

The group says patients aren't getting the support they need after the surgery, when their bodies are likely to be struggling to adjust to the change in diet.

Patients can also be vulnerable to anxiety and depression, says the charity.

Corina Ellison, 20, had a gastric bypass six months ago after she'd started to binge eat and had become obese.

Since having the surgery, Corina says she has struggled because no-one has addressed her emotional attachment to food, so she still binges.

"Afterwards I'll get really ill, I'll get sick, I'll get tired, I'll feel like I am going to faint", she says.

"I feel let down, like they've given me this operation then left me to deal with it by myself". 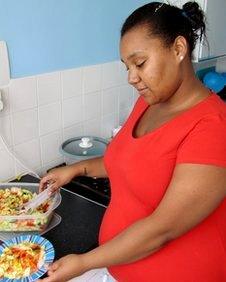 Dr Samantha Scholtz, an NHS psychiatrist who prepares people for gastric band surgery, admits aftercare across the NHS is 'patchy'.

"Every single patient that has bariatric surgery should have some sort of psychological intervention", she says.

"We are essentially removing food from someone's life, doing something artificial".

The Department of Health says people are only given bariatric surgery after being assessed by a doctor, who will decide on the best type of weight-loss treatment for each individual.