Tom Hardy admits he had a recording deal as a rapper 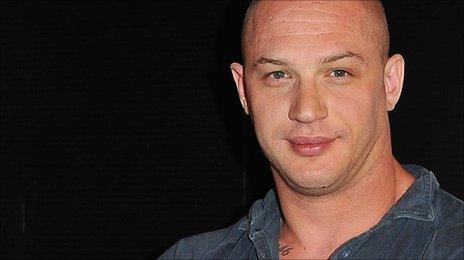 Tinker Tailor Soldier Spy actor Tom Hardy, has revealed he had a recording deal as a rapper at the age of 15.

The 34 year old Brit, who also plays villain Bane in next year's Batman film The Dark Knight Rises, admits he didn't succeed at it.

"Because I come from a nice middle-class neighbourhood it was a very hard sell. And I wasn't very good!"

"I used to be with the guy who managed Leela James and Lauren Hill, Pras, the Fugees and all that. I worked out with (Grammy winning producers) Warren Riker and Gordon Williams. I've recorded loads of stuff but it's never been released."

If you think you're going to see Gary Oldman driving a Mazaratti through a window with two girls on either side, it's not that film
Tom Hardy

Tom said: "When you're watching (Tinker, Tailor, Soldier, Spy), you've got to remember this is how espionage used to be. So if you think you're going to see Gary Oldman driving a Maserati through a window with two girls on either side, it's not that film."

"It's exactly how it was in the 1960s. It's beautifully shot and it's got some amazing actors in it."

Tom was born in the London district of Hammersmith, later moving to the suburb of East Sheen.

He was nominated for a TV Bafta for his role in the 2007 drama Stuart: A Life Backwards. Earlier this year, Tom won the Orange Rising Star Award at the Bafta Film Awards.