Eddie Murphy to host the Oscars ceremony next February 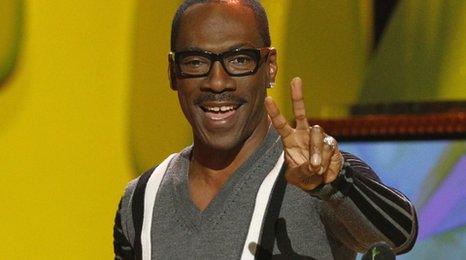 Eddie Murphy will host the 84th annual Academy Awards, according to its producers Brett Ratner and Don Mischer.

The actor and comedian will be carrying out the role for the first time at the ceremony, which takes place at the Kodak Theatre in LA on 26 February.

The last comic to host the show alone was Jon Stewart in 2008.

Eddie is a truly ground-breaking performer, whose amazingly diverse array of roles has won him a devoted audience of all ages
Don Mischer
Oscar co-producer

In a statement Eddie Murphy said he was "enormously honoured" to join the ranks of Oscar hosts like Hugh Jackman in 2009 and Chris Rock in 2005.

He said: "Eddie is a comedic genius, one of the greatest and most influential live performers ever.

"With his love of movies, history of crafting unforgettable characters and his iconic performances, especially on stage, I know he will bring excitement, spontaneity and tremendous heart to the show Don and I want to produce in February."

Co-producer Don Mischer added: "Eddie is a truly ground-breaking performer, whose amazingly diverse array of roles has won him a devoted audience of all ages.

"His quick wit and charisma will serve him very well as Oscar host."

The announcement of the 50-year-old's involvement marks a return to the single-host format the show has employed most often over the past two decades.

Pairs of actors hosted the two most recent Oscar shows.

Don Mischer said having one host again would help streamline the show, which sometimes lasts more than three hours.

Eddie Murphy was nominated for the best supporting actor Oscar in 2006 for Dreamgirls but lost out to Alan Arkin in Little Miss Sunshine.

The nominations for next year's Oscars are revealed on 24 January